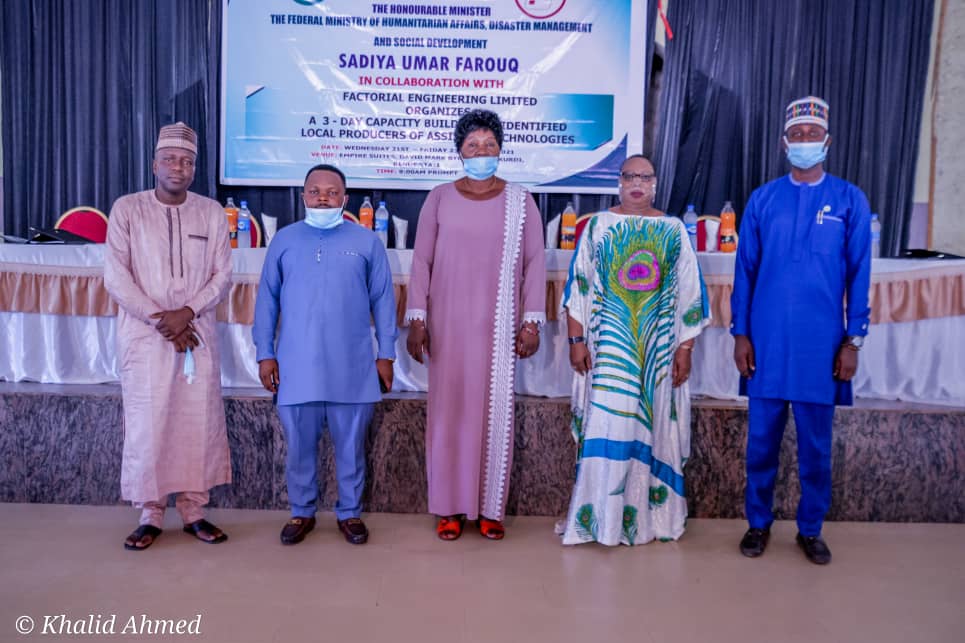 The Federal Government through the Ministry of Humanitarian Affairs, Disaster Management & Social Development on Tuesday presented a draft national roadmap on local production of standardized assistive technology for persons with disabilities in Nigeria for stakeholders’ validation.

The Minister of Humanitarian Affairs, Disaster Management & Social Development, Sadiya Umar Farouq, who was represented by the Permanent Secretary, Bashir Alkali said the move to invest in the local production of assistive technologies for people with disabilities was because of unavailability and high cost of buying imported assistive technologies, which make it difficult to access.

According to the Minister, Nigeria being a signatory to the United Nations convention on the Right of People with Disabilities, has it as  obligation to ensure that the persons with disabilities have access to affordable assistive technologies.

This move she said would help improve the life of people with disabilities and give them better living outcome.

Fidelia Unigwe a representative from Daughters of Charity of St. Vincent De Paul in her goodwill message praised federal government for its effort in making life easy for  people with disabilities in the country.

The meeting was to involve all the  relevant stakeholders, development partners, and Non- governmental  organizations to make input and add value to the document.

Suspension of salary: 331 civil servants may get respite