HomeNIGERIAFire razes property worth millions of naira in Oyo market

Fire razes property worth millions of naira in Oyo market 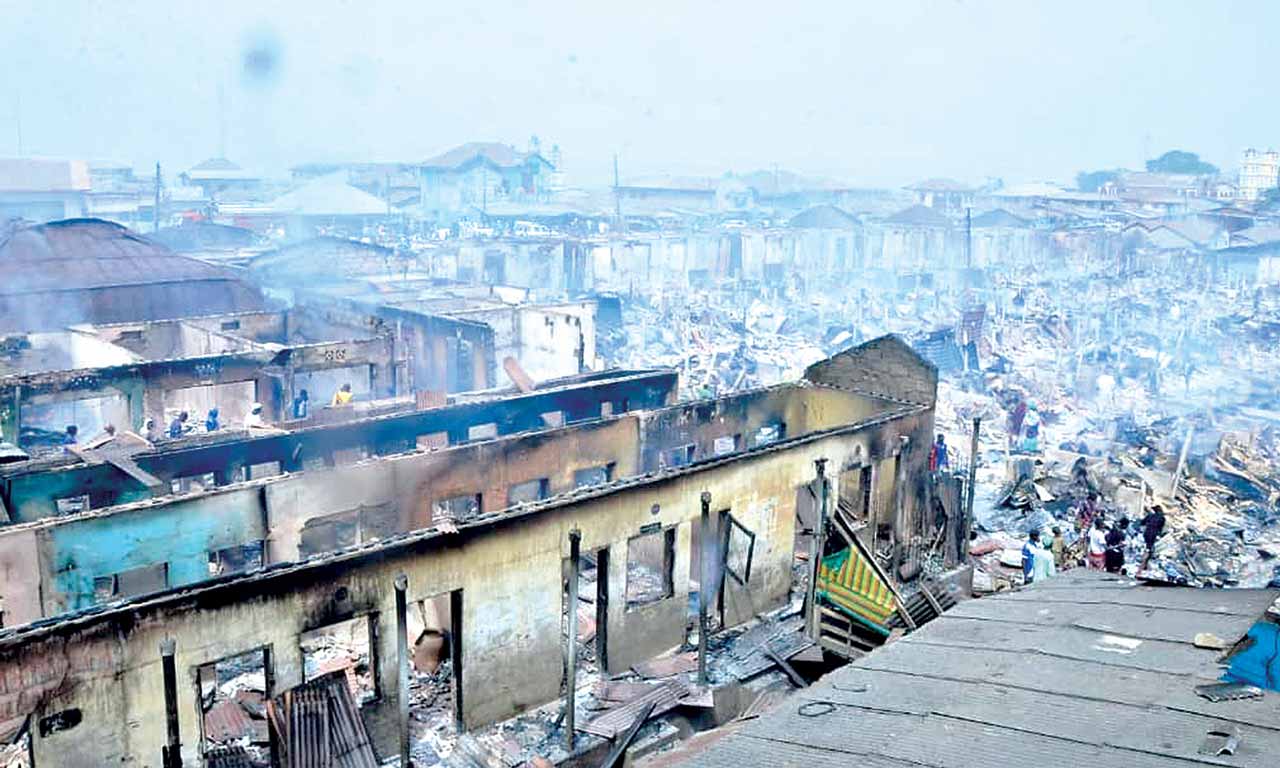 Goods worth millions of naira have been burnt as a result of a fire incident that occurred at Sabo Market in Oyo town.

It was reported that the fire, which started around 10 pm on Tuesday, destroyed some shops and property.

Sabo Market is the biggest farmers’ market in Oyo town.

Firefighters from Oyo State fire service were called immediately the fire started, but some shops and property have been destroyed before their arrival.

Adewuyi said eight shops were gutted by the fire.

He attributed the cause of the fire incident to a nearby dumpsite.

“Yes. Yes. It is true. We were called around 30 minutes to 11pm. We went to the scene of the incident. You know our office is very close to Sabo.

“Immediately they got there, they discovered that some shops were still intact and they tried as much as possible to cut the spread.

“About eight shops were affected. And what were discovered in those shops were Cocoa, cashew nuts and some baskets. Those are the major things.

“So, it was only eight shops that were affected. Let us now go to the main cause, the people there, having known that they have property worth millions of naira, they also have a dumpsite, they burnt it and left.

“They set it ablaze but did not wait to monitor it. These are some of the mistakes that our people make.

“I believe that there should be a distance between your shop and dumpsite; they set the dumpsite ablaze and went home. It was the fire from the dumpsite that spread to those shops,” he disclosed.

It’s not everything you must report – Wike to media practitioners