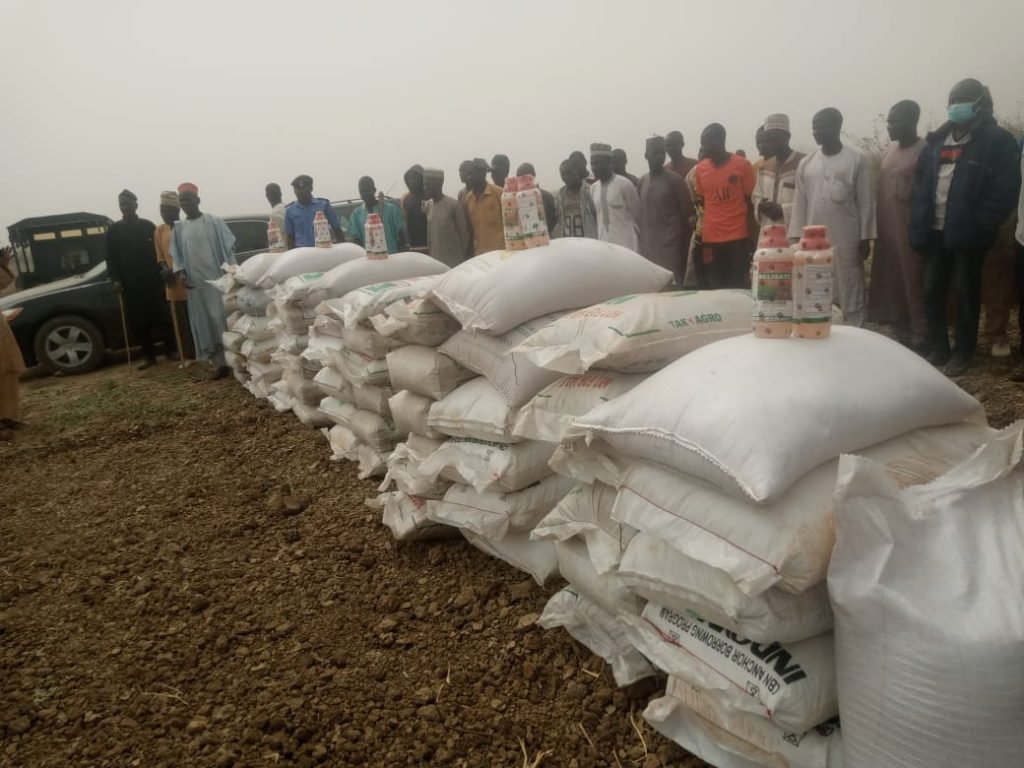 The Central Bank Of Nigeria (CBN) on Thursday distributed fertilizers and farm inputs to 5,676 wheat farmers in Bauchi State for the 2021 dry season farming under its Anchor Borrower Programme.

Distributing the items to the beneficiaries at Zirma Bakin, Kogi village, in Warji Local Government Area of the State, CBN’s Development Finance Officer (DFO), Bauchi Zonal Office, Aminu Haruna, said that farmers in the State had been selected to participate in the programme to accelerate wheat cultivation.

He stated that the apex bank had planned for 15,000 wheat farmers in the State, adding that the bank introduced wheat farming in the Anchor Borrower Programme with a view to enhancing food security in Nigeria.

“Wheat farming was introduced by the CBN to assist smallholder farmers to cultivate wheat towards enhancing food security in the country.

“We are targeting 15,000 wheat farmers in Bauchi State. Now we have the first batch here and other batches are also coming up soon,” he said.

Haruna added that the wheat cultivation programme was being implemented by CBN, in collaboration with the Wheat Farmers, Processors and Marketers’ Association of Nigeria (WFPMAN).

Speaking at the event, the State coordinator of WFPMAN, Ibrahim Sadiq noted that farm inputs being distributed by CBN to the farmers were meant to enable them to improve their productivity.

According to him, each of the benefiting farmers received items, including assorted fertilisers, seeds and chemicals, worth N360,000 to cultivate one hectare of land.

While saying that the idea behind the distribution of the items was to boost wheat production in the country, Sadiq disclosed that the benefitting farmers were expected to repay the loan in kind at harvest.

“The idea is to boost wheat production. It is the second-largest consumer of our foreign exchange, apart from oil. So, we need to farm and we need to feed ourselves,” he asserted.

Meanwhile, the district head of Warji, Alhaji Alhasan Samaila-Boyi, has warned the benefiting farmers against the diversion of the inputs.