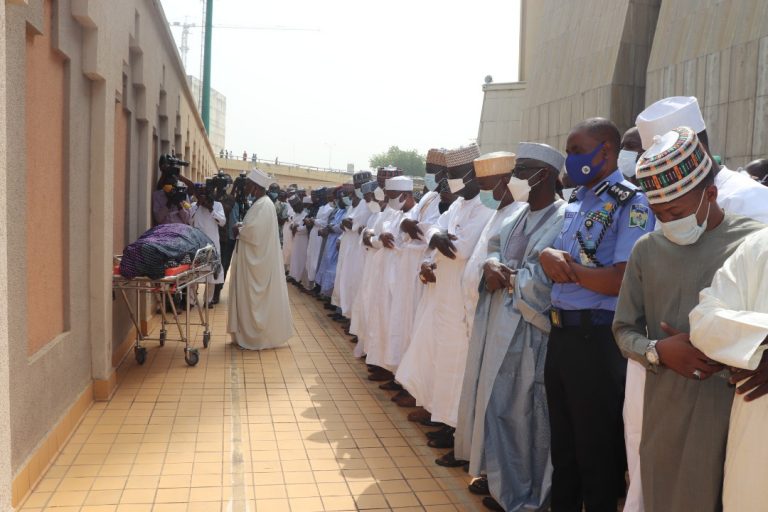 A one-time Inspector-General of Police, Muhammadu Gambo-Jimeta has been laid to rest in Abuja.

Current Police boss, Mohammed Adamu, who led the management team of the force on a condolence visit to the family of the former IGP, described him as a courageous super cop, an excellent and incorruptible security expert and a quintessential elder statesman whom the Police family as well as the country at large, would miss greatly.

Born on 15th April, 1937 in Jimeta, Adamawa State, the late IGP Gambo-Jimeta joined the Nigeria Police Force in 1959 as a Cadet Sub-Inspector.

He rose through the ranks and served the Force in different capacities.

He was appointed the 7th indigenous Inspector General of Police and Member, Armed Forces Ruling Council, Federal Republic of Nigeria in 1986, a position he held for close to four years before his meritorious retirement from the service of the NPF in December, 1989.