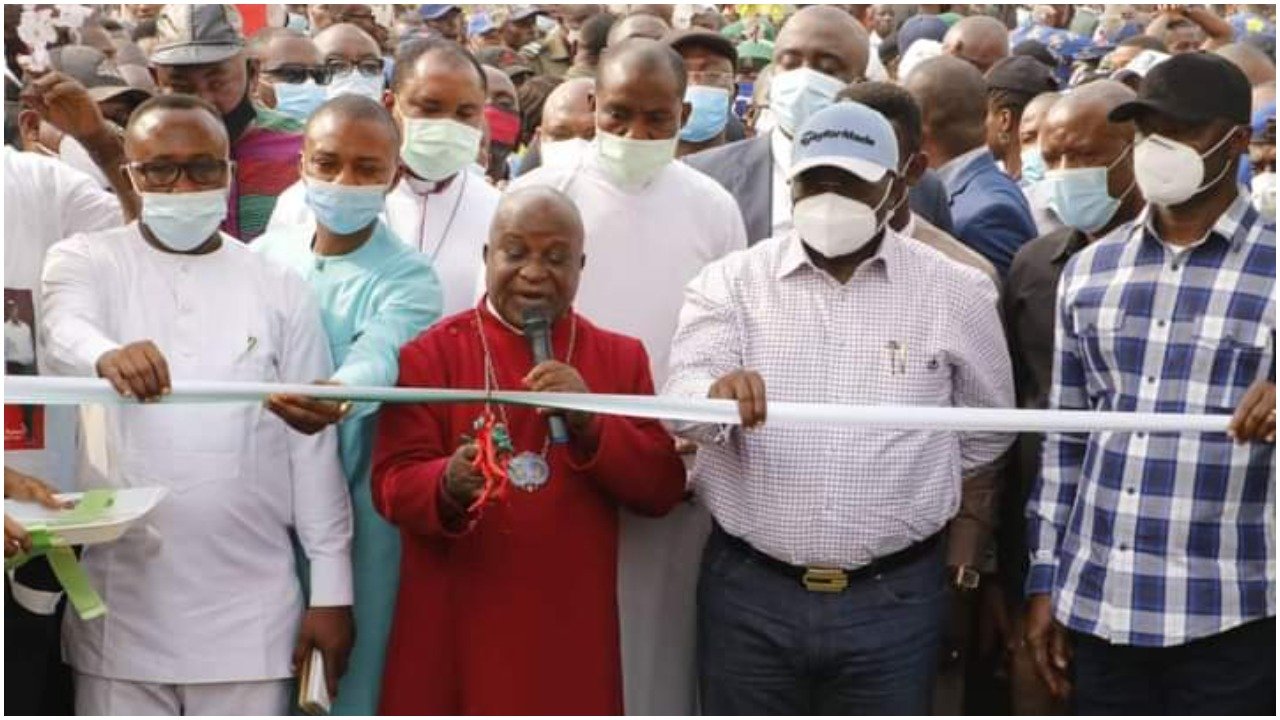 The PDP chieftain called on the people of the State to continue to sustain their support to the government’s quest to transform Abia in terms of infrastructures.

Nwachukwu who made the call during an interview with newsmen while reacting to the commissioning of four road projects by Governor Ikpeazu in Aba, the commercial nerve centre of Abia State.

Governor Ikpeazu while speaking at the commissioning ceremony in Aba, on Friday, assured that the roads would last at least 30 years and called on residents and business owners in the areas to protect the roads from destructive actions of some people.

He said his government undertook the reconstruction of the roads due to their economic importance to the people and advised those doing cement business in Ojike Lane to relocate to Uratta or other markets.

But speaking further during the interview, Innocent Nwachukwu recalled that the governor recently commissioned some roads in the commercial City, positing that the transformation of Aba in the area of road construction and reconstruction is gradually returning Aba to it’s lost glory.

He opined that the high level of investment inflow into the Enyimba city(Aba) is a true confirmation of Ikpeazu’s determination to raise the financial profile of the state.

While soliciting for more support for the Abia State government, Nwachukwu urged Aba residents to protect the roads and ensure that the drains are not blocked with refuse.

According to him, “there is need for all Abians irrespective of affiliations, to maintain their unflinching support and cooperation to the State government. The administration has laid a strong foundation for the development of every nook and crannies of the State, so, we should sustain supports to enable the Governor do more for the overall good of the people.

“I must also laud the cordial relationship of the executive and legislature in the state. The State Assembly on its part, has immensely and continually ensure delivery of dividends of democracy to the doorsteps of the people, because, they make laws that is ushering this laudable achievements of the government. The house has remained unrelenting and undetered in ensuring the executive is up to date in the implementation of its polices and programmes for the good of the people”.