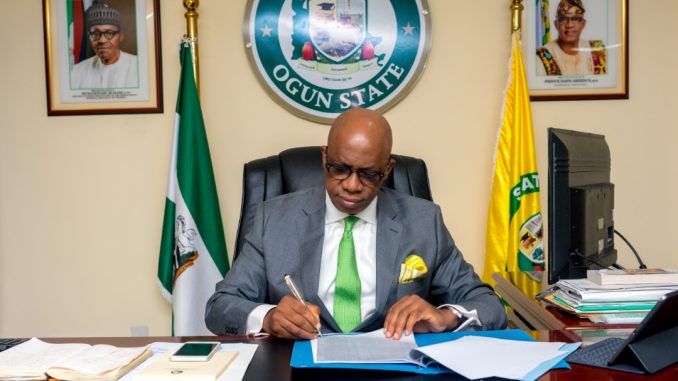 Governor Dapo Abiodun of Ogun State has signed the Anti-Open Grazing Bill and the Ranching Bill into law.

While signing the bill in his office in Abeokuta, the state capital on Thursday, the governor said the move became imperative in order to protect all critical stakeholders and their businesses in the state.

According to him, an implementation committee to be headed by the state Commissioner for Agriculture with the membership of other critical stakeholders would fashion out the modalities for the full and smooth take-off for the implementation of the law within six months.

The Speaker of the state House of Assembly, Taiwo Oluomo and other members of the House were present to witness the signing.

Southern governors in Nigeria had reached a resolution on July 5, 2021, that member states would enact the law against open grazing of cattle in their states on or before September 1.