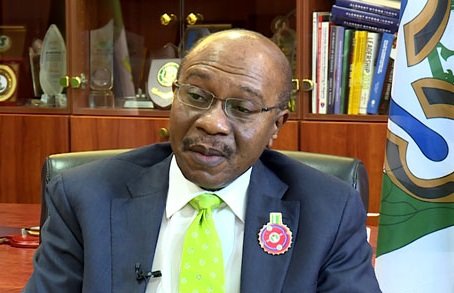 As a measure against an imminent challenge of food shortage in the country, Governors of the 36 states are to meet on Monday with the Governor of the Central Bank of Nigeria (CBN), Godwin Emefiele, and other stakeholders on how to explore the dry season farming option being promoted by the CBN.

The Head, Media, and Public Affairs at the Nigeria Governors’ Forum (NGF), Abdulrazaque Bello-Barkindo, in a statement on Friday, said the meeting will afford the CBN Governor the opportunity to take the Governors through details of the programme and what they must do to ensure its success.

Part of the statement reads: “The NGF will be holding an emergency virtual meeting on Monday 14th December 2020 to deliberate on the prospects of dry-season farming as facilitated by the Anchor Borrowers Program of the Central Bank of Nigeria, CBN.

“The meeting will finalize the agreement into a partnership between the forum and the CBN.

“Governor of Kebbi State, Senator Abubakar Atiku Bagudu who has been modifying the NGF group in the agriculture sector will also provide insight on the partnership at the meeting, according to the invitation sent to the Governors by the Director-General of the Forum, Mr. Asishana Bayo Okauru.

“The meeting starts at 5 pm but Governors can join at 4. Meanwhile, an NGF Peer Learning Event (PLE) will be preceding the meeting on this same day.

“The sixth NGF Internally Generated Revenue (IGR) Peer Learning Event which attracts a host of IGR experts will take place at the Wells Carlton Hotel in Asokoro District in Abuja.

“The Chairman of the NGF and Governor of Ekiti State Dr. John Kayode Fayemi and the Minister for Finance Budget and National Planning Hajiya Zainab Ahmed will both give a keynote address while there will be goodwill messages from the Executive Chairman of the Federal Inland Revenue Service Mohammed Mamman Nami and Shubham Chaudri, Country Director of the World Bank to Nigeria, Western and Central Africa.

“Some of the key lessons at the event will include how digitalization helps to sustain revenue collection during the Covid19 pandemic and how states can choose the right incentives for the right taxpayer group.

“Ten states are expected to attend the PLE which will be declared open by the Director-General of the NGF, Asishana Bayo Okauru.”