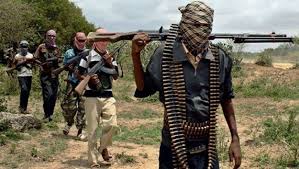 Unidentified gunmen have attacked the convoy of the Emir of Kaura Namoda in Zamfara State, Alhaji Sanusi Muhammad, killing eight people and injuring others.

The accident, according to an eyewitness who escaped during the attack, said, “The Emir’s convoy was ambushed by the suspected gunmen along Zaria-Funtua highway while returning to Gusau from Abuja.

“The Emir was coming back to Zamfara from Abuja in the midnight in a convoy of his official vehicles.”

According to him, eight occupants of the Toyota Hilux, including the driver, were all shot dead by the gunmen, adding that “the Emir escaped unhurt”.

Among those killed in the attack, according to the source, are three policemen and the driver of the Toyota Hilux.

The Katsina State Police Public Relations Officer, Isa Gambo, said, “I am aware of the case.”

He declined to make further comments.