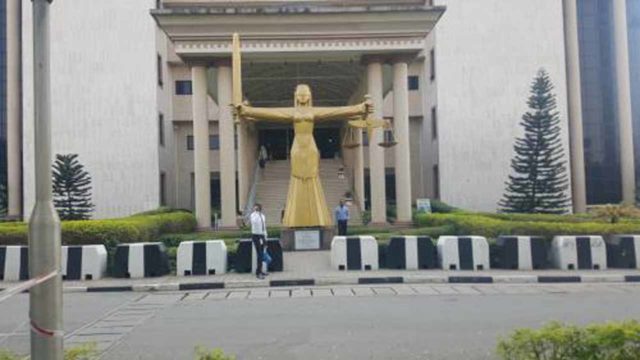 Justice C.H Ahuchaogu of the Abia State High Court has struck out the suit to stop the national Caretaker Extra Ordinary and Convention Planning (CECPC) of the All Progressives Congress from acknowledging the list of the winners in the 184 ward congresses conducted in July 2021 by a faction of the party.

The suit prayed the court to order the national caretaker committee of the APC not to accept the list of the winners that emerged from parallel congress held in the state.

The suit marked No HUK/33/2021, was filed by Davis Jumbo and others against the All Progressive Congress (APC), the national caretaker committee and nine others shortly after the Congresses.

The defendants were, the chairman of Abia APC congress committee, Israel Goli, 6 others, the immediate past Abia Caretaker Executive Committee chairman, Hon Donatus Nwankpa and the secretary, Barrister Perfect Okorie.

However, the presiding Judge, Ukwa Judicial division, Abia State, Justice C.H Ahuchaogu, ruled that the suit did not comply with sections 96 and 97 of the sheriff civil procedure act and was also frivolous.

He faulted the claimant’s failure to serve the Defendants through a national daily as ordered by the court and said his court has jurisdiction over the matter.

The judge maintained that the claimants (jumbo and others) having not participated in the Congresses had no legal rights to challenge its outcome before the court.

Recall that the Abia State chapter of the All Progressive Congress (APC), is currently enmeshed in a factional crisis that led to the conduct of a parallel congress in Abia State.