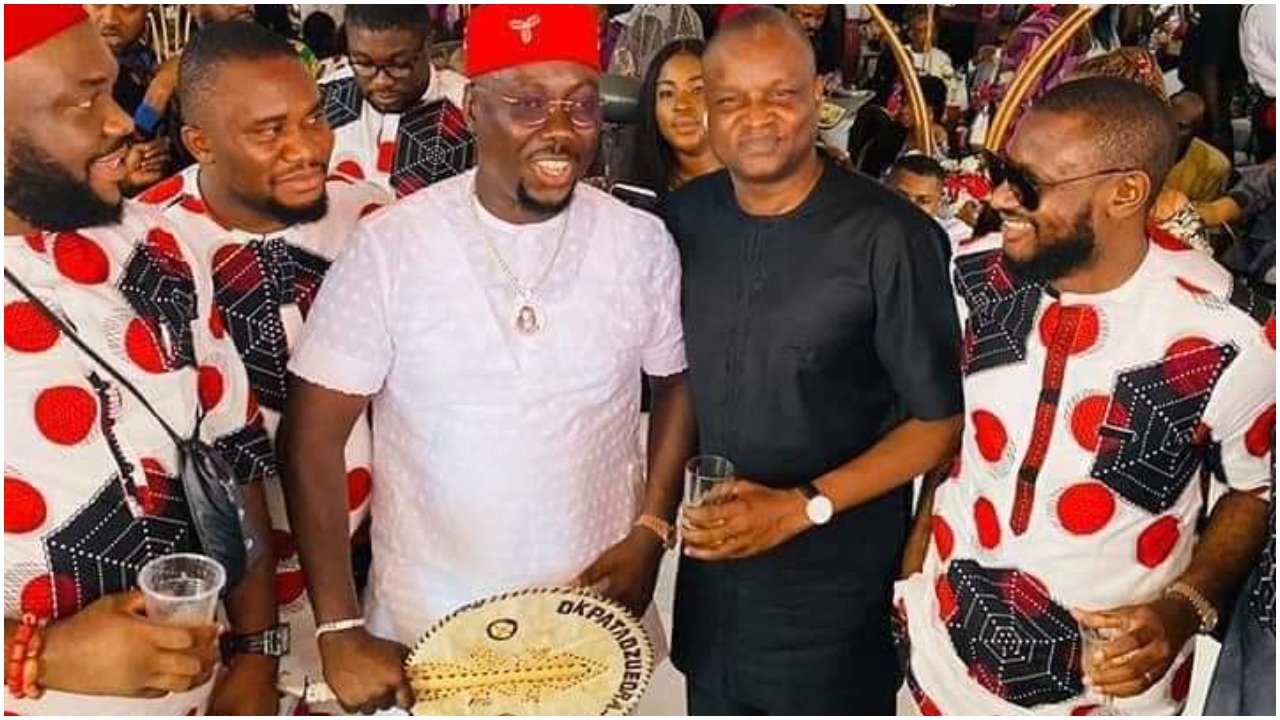 Abba Kyari, who is a Deputy Commissioner of Police and leader of the Inspector General of Police’s Intelligence Response Team, was seen at the burial beside Cubana in viral pictures.

This did not go down well with Igbos who accused Kyari of being behind the killing of youths in the east.

Some Nigerians also condemned Obi Cubana for inviting someone who allegedly hates his people to his hometown.

Here are some comments;

@MichaelZuchi “ Abba Kyari with Obi Cubana and co. We are watching.”

@Jaresizzle “ For the fact that Abba Kyari (arguably Nigeria’s most cerebral, most strategic police officer) visited Obi Cubana at the burial ceremony, I believe the latter’s business interests (whatever they are) are significantly legit.”

@EngrIbinabo “ This is Abba kyari, the man that hunted down ESN in the East. He hates Biafara with passion, but came for Cubana’s mother’s funeral. Igbos are not bothered: they are busy picking money being sprayed by Cubana and his friends.”

@IkemIgbo1 “ This is the Hypocritical Bigotry Detective Killer Abba Kyari, in Oba Anambra State,If Obi Cubana and old Igbo dudes don’t know who he is and what he went there for, then Sorry for them. EFCC will soon,just very soon start inviting some of those boys for questioning.”

@Gabrielpatok “The Cubana or whatever you called him is now a suspect. He may be planning evil with the zoo against our people. Otherwise, what is Abba Kyari doing there? Are you sure the money he was spraying wasn’t from Nigerian terrorist government? #IPOB is watching.”

@ProudlyAnioma “ We are not Serious in the East. Take it or leave it. I saw Supercop Abba Kyari’s picture of him with Obi Cubana. That’s the same man arresting and killing his people. May God have mercy on us all.”

@EmekaGabriel “ What Do You Observe? He is Abba Kyari the blood sucking demon in police uniform killing innocent Biafran youths yet posing with Obi Cubana. Who did this to our people? I don’t even know if other people are seeing exactly what I’m seeing here?

@Ienyereibe “ Obi Cuban- is among those that are killing Innocent BIAFRANS Youths! Hope you Biafrans can see him together with the Killer Abba Kyari. Maybe they harvest organ of Biafrans Youths for OBI CUBANA

@Biafra_mission “ Abba Kyari was also live at Obi Cubana mother’s burial.He has killed a lot of Biafrans and are presently in oba to monitor more how to kill more, I don’t blame him i blame the Senseless noise makes that invited him.”

@CollinsIkpeba “ The so called Obi Cubana,the fool that makes money, and he show off at the detriment of his own people.Imagine this Obi Cubana as they call him those who worship money, this man invited Abba Kyari the notorious police man that has been killing the Biafrans in thousands shame.”

@Kingsley “Obi Cubana’s mother’s burial and show will bring more death to biafraland, watch out for the part after the burial they will go after them that’s why they send Abba kyari to number them. Una shame they shame me.”

We Have Capacity For Electronic Transmission In Remote Areas – INEC