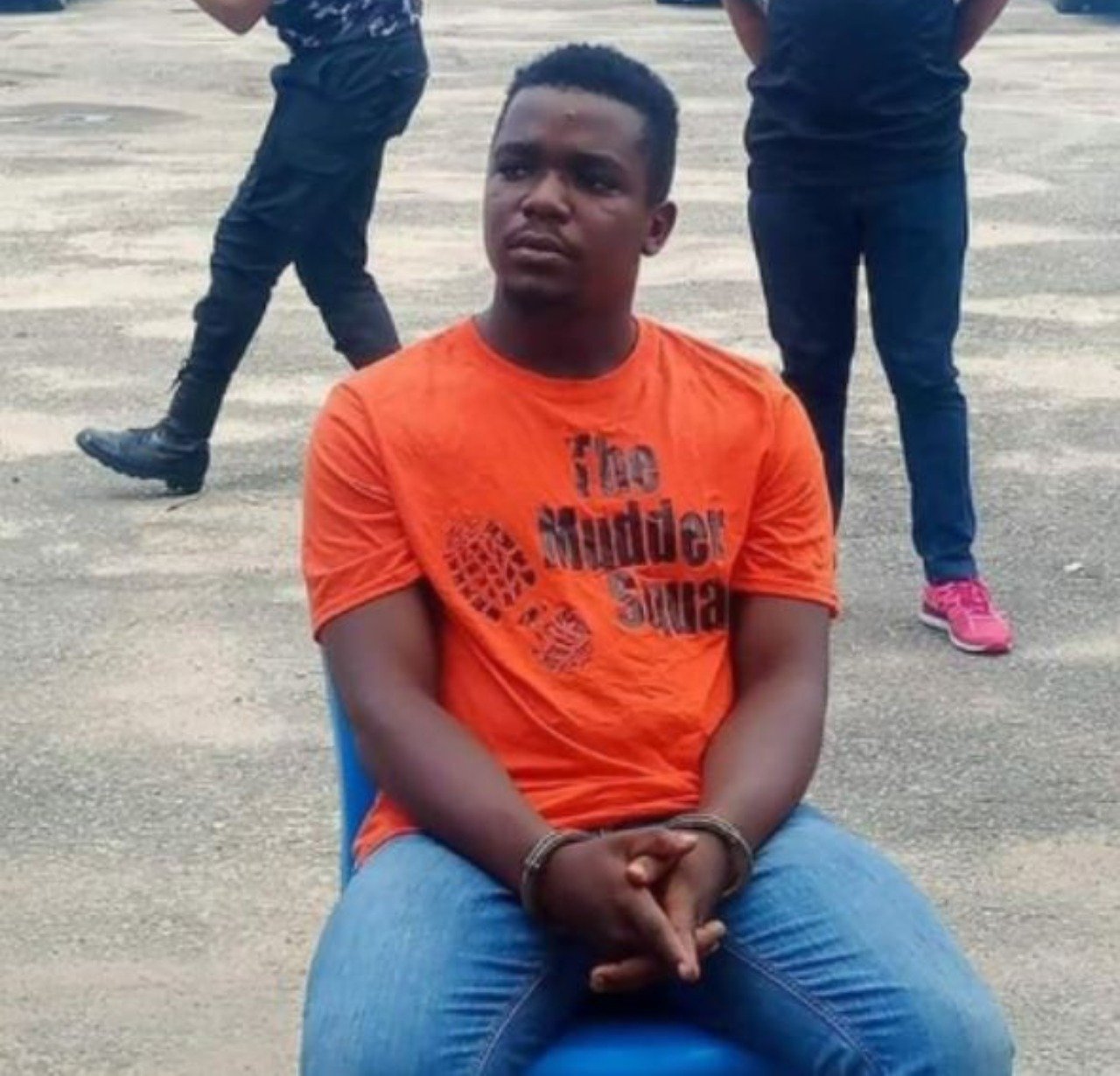 Frank Akpan, father to Uduak Akpan, the serial killer who murdered an innocent job seeker in Akwa State, Iniubong Umoren has said that his son should face the full wrath of the law.

Recall that Uduak, while speaking with journalists during a parade by the police on Friday revealed that he killed the deceased by hitting her with a stabilizer.

The suspect admitted to luring the deceased with a fake job employment scheme, adding that he has also used such schemes on 6 other girls.

He further stated that he hit his victim with a pressing Iron first, then a stabilizer and left her to bleed to death before going to bury her in a shallow grave.

However, his father, Frank while narrating his own side of the story to newsmen said he was disappointed with his son.

He also said that he is ready to accept whatever penalty the law decides to punish his son with even if it’s death.

According to him, ”I never believed such a thing can happen to me because I brought this children up in a righteous way.

“The Police stormed my house in search of Uduak but didn’t see him. I was invited to come and answer some questions at the police station and when I got to the station, I was asked to call him.

“When he came back to Akwa Ibom, I was allowed to interact with him and that was when he told me that he committed an offense.

“I was disappointed, I scolded him and asked why he committed such a crime knowing fully well he has two sisters that are equally students and are both in school.

“I felt bad because I know they are women too and I wouldn’t want such fate to befall them too,” he said.

Picture of innocent job seeker in Akwa State, Iniubong Umoren who was killed by Uduak Akpan

He further revealed that he wasn’t at home when his son carried out the heinous crime.

Frank who also refuted claims that the house was an abandoned building where his son carries out his evil deeds said he and his family were full occupants of the house.

“The fact that the house is always locked and abandoned is not true because we have a bore hole in there and all the residents around there come to fetch water from our compound.

“Its just unfortunate that this had to happen. I never knew that this is what he does and I’m not in any way involved in this particular act.

“I was never aware of his previous acts because I haven’t fully been with them. We just relocated from Abuja and I also retired because I’m a government worker. I haven’t been around for close to 30 years now.

“I’m not happy about what my child has done. I don’t even believe this can happen to me after all the years of toiling to send them to school and ensure they get the best. It depends on the system and if they say the penalty for his crime is death, then he should face the full wrath of the law,” he added.