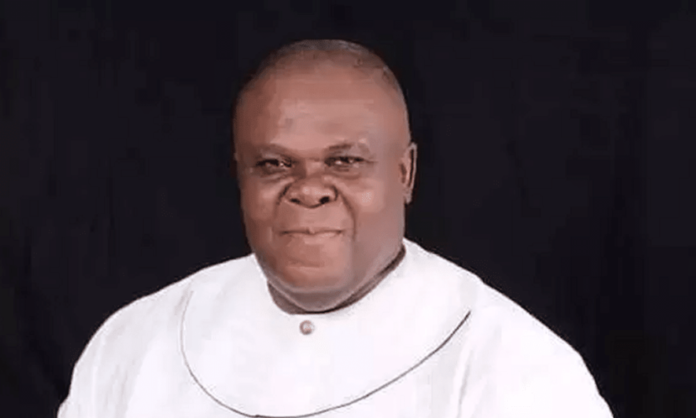 The impeached Speaker of the Imo state House of Assembly, Chiji Collins will soon face an ad hoc committee constituted by the new speaker, Paul Emeziem to investigate his financial activities from June 2019 to November 2020.

This was contained in a motion moved by the member representing Orsu state constituency, Ekene Fredolin Nnodimele at plenary.

Leading debate, Nnodimele noted that part of the reasons the former speaker was impeached was due to his involvement in financial impropriety and highhandedness.

He recalled that a member of the House, Uju Onwudiwe who represents the Njaba state constituency was denied her four months salary and allowance while she ran for reelection.

According to him, “during this period, the impeached speaker, Chiji Collins was in charge and never accounted for all the monies accruing to the House.

“It will soon be an established fact that the four months salary and allowance of Hon. Uju Onwudiwe has gone into an individual’s private pocket.

“When the former Deputy Speaker, Okey Onyekanma resigned from his position sometime in 2019, the seat was vacant for several months and several emoluments including salary were unaccounted for till date.

Read Also: I have no case to answer – Maina tells court

“This, Mr. Speaker, will serve as a deterrent to others who may want to engage in any sharp practice to amass wealth. Lawmaking is vocational and it is only proper that we set good examples for others to emulate,” he posited.

Chiji Collins is a member representing the Isiala-mbano state constituency.

Meanwhile, an ad hoc committee has been set up by the Speaker to investigate the matter.

The committee is chaired by the mover of the motion, Ekene Nnodimele, and five other members.

I have no case to answer – Maina tells court