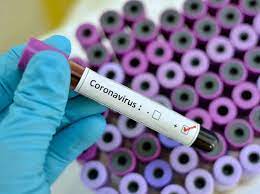 Imo has recorded the highest number of infections of COVID-19, says the Nigeria Centre for Disease Control (NCDC).

The NCDC reported 255 additional COVID-19 cases and deaths on Sunday.

The agency disclosed this on its official website on Monday morning.

According to the agency, the number of active COVID-19 cases in the country stands at 9,147.

The additional 255 COVID-19 infections indicate an increase from the 210 cases reported on Saturday.

It added that the 255 new cases brings the total number of infections in the country to 204,456, while the fatality toll increased to 2,681.

The agency stated that with the new figure, a total of 192,628 patients have so far recovered from Covid-19 in the country.

The NCDC added that over 2,997,060 million samples of the virus from the nation’s roughly 200 million population have been tested.