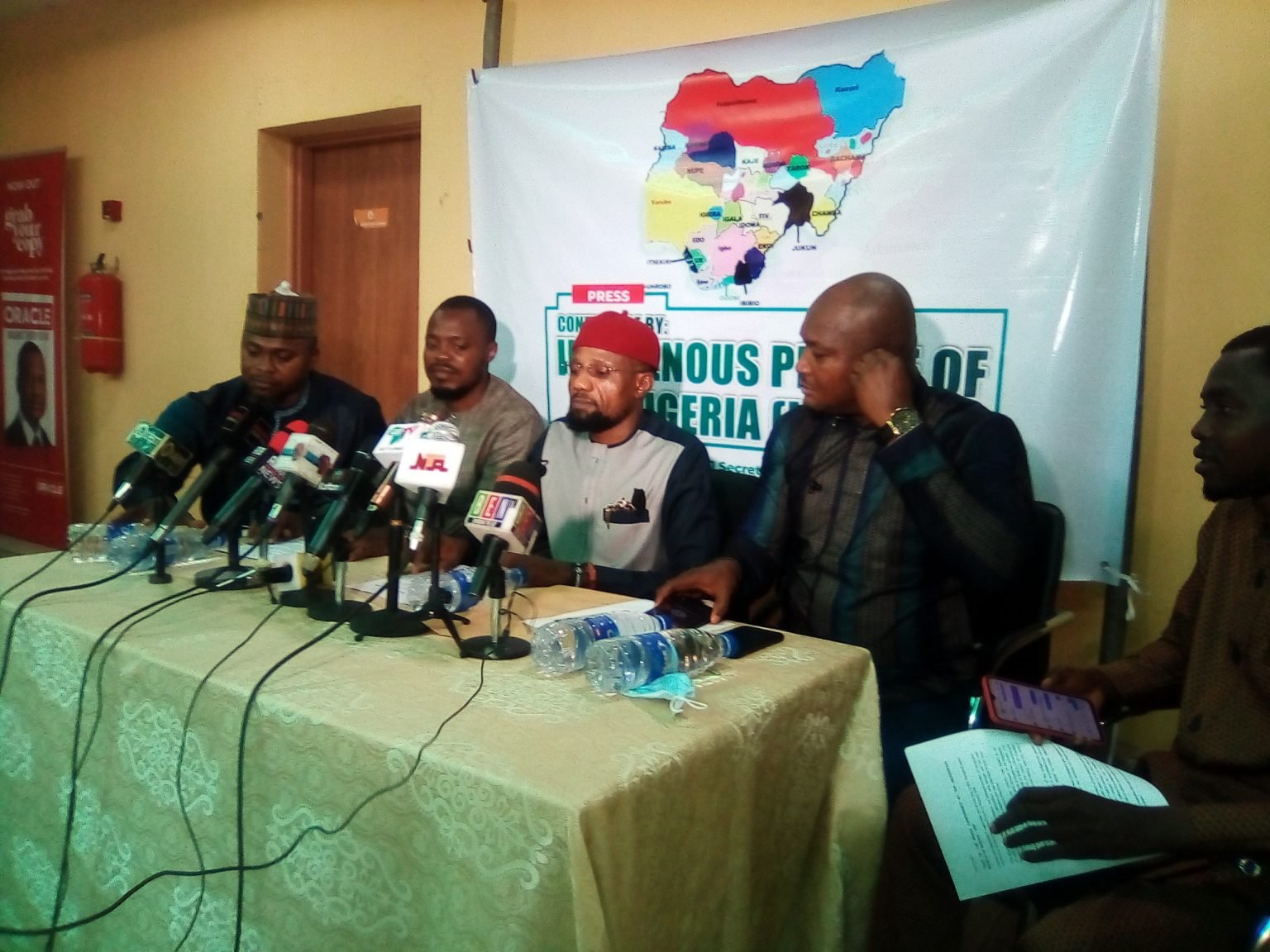 A group under the aegis of Indigenous People of Nigeria (IPN) has scored President Muhammadu Buhari’s government low, saying the lack of equity, and fairness was triggering agitation for secession across the country.

Speaking at a press conference on Friday, Convener of the group, Mazi Nnamdi Iroegbu said self-determination was a fundamental human right, which the Indigenous People of Nigeria recognises.

The group insisted that the current administration which came into existence in 2015 had failed in its responsibility to dispense justice and fairness, noting that Nigerians under the circumstances are not united in mind.

Amid the agitation, the group said crackdown on the harmless protesters were not the way to go as government had been doing.

They said: “As a group, for the advancement of the interest and rights of Nigeria’s indigenous people, it aims to fulfil the vacuum created by the ineptitude of the current administration in Nigeria.”

While it supported calls for restructuring of Nigeria, they reminded the government that Nigeria has over 250 tribes and the current Nigerian State was a creation of a British businessman and politician, Lord Frederick Lugard, adding that no blood of the indigenous people should be shed to preserve the illegal entity.

The group recalled that the Indigenous People of Nigeria were living in peace before the 1914 amalgamation and subsequently, the European’s meddlesomeness led to chaos from 1966 till date.

“This unfortunately climaxed into the unnecessary pogrom and war that consumed the lives of over 3 million indigenous people of Nigeria,” they said.

On insecurity ravaging the country, the group further believed that the local Fulani who have been living with the indigenous people shouldn’t be profiled for banditry and terrorism, which Mr. President himself has sometime ago attested.

“We hold for instance that the Fulani ethnic nationality that has been with other Nigerians for several years should not be isolated and profiled for the acts of criminalizing, banditry ravaging Nigeria.

“It is on record that the President and Commander-in-Chief of the Armed Forces of the Federal Republic of Nigeria has at different occasions blamed invaders from war torn countries like Libya and Central African Republic.

“However, it is unfortunate that President Buhari and some unpatriotic elements around him fold their hands while these criminals perpetuate violence in the name of indigenous Fulani in Nigeria,” the group stated.

Ahead of 2023, IPN argued that the South Eastern region should be allowed to produce Nigeria’s President in order to deepen equity, justice and fairness.

I didn’t know the roads are so bad, I pity you – Abiodun to Ogun residents