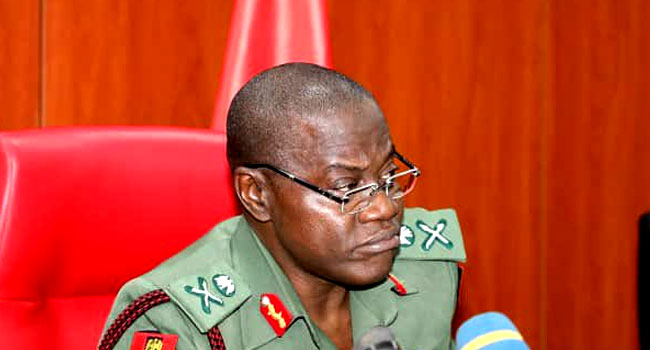 Top army commanders are in Abuja to brainstorm on the menace of terrorism, banditry, kidnapping, armed robbery and other security challenges bedeviling the country for the combined Chief Of Army Staff second and third quarterly Conference(COAS).

The conference which is holding at the Army Headquarters Command Officers mess in Asokoro, is being attended by Principal Staff Officers(PSOs), General Officers Commanding(GOCs), Commandant of army training and tri–service institutions, field and operational commanders of the various army operations across the country, commander of the Multinational Joint Task Force, directors among other senior officers.

The conference which is expected to be declared open by the Chief of army staff Lieutenant General Faruk Yahaya, would among others review army operations, its successes and failures in the last quarter and proffer solutions on the way forward.

The conference will also deliberate on security briefs, highlights of summary of decision taken at the combine operations retreat and COAS first quarter conference, lecture on leadership development as a panacea for accomplishing mission in a joint environment, updates on army activities, discussion, contributions on Intelligence and operations briefs among other security issues.

The conference ends on Thursday.