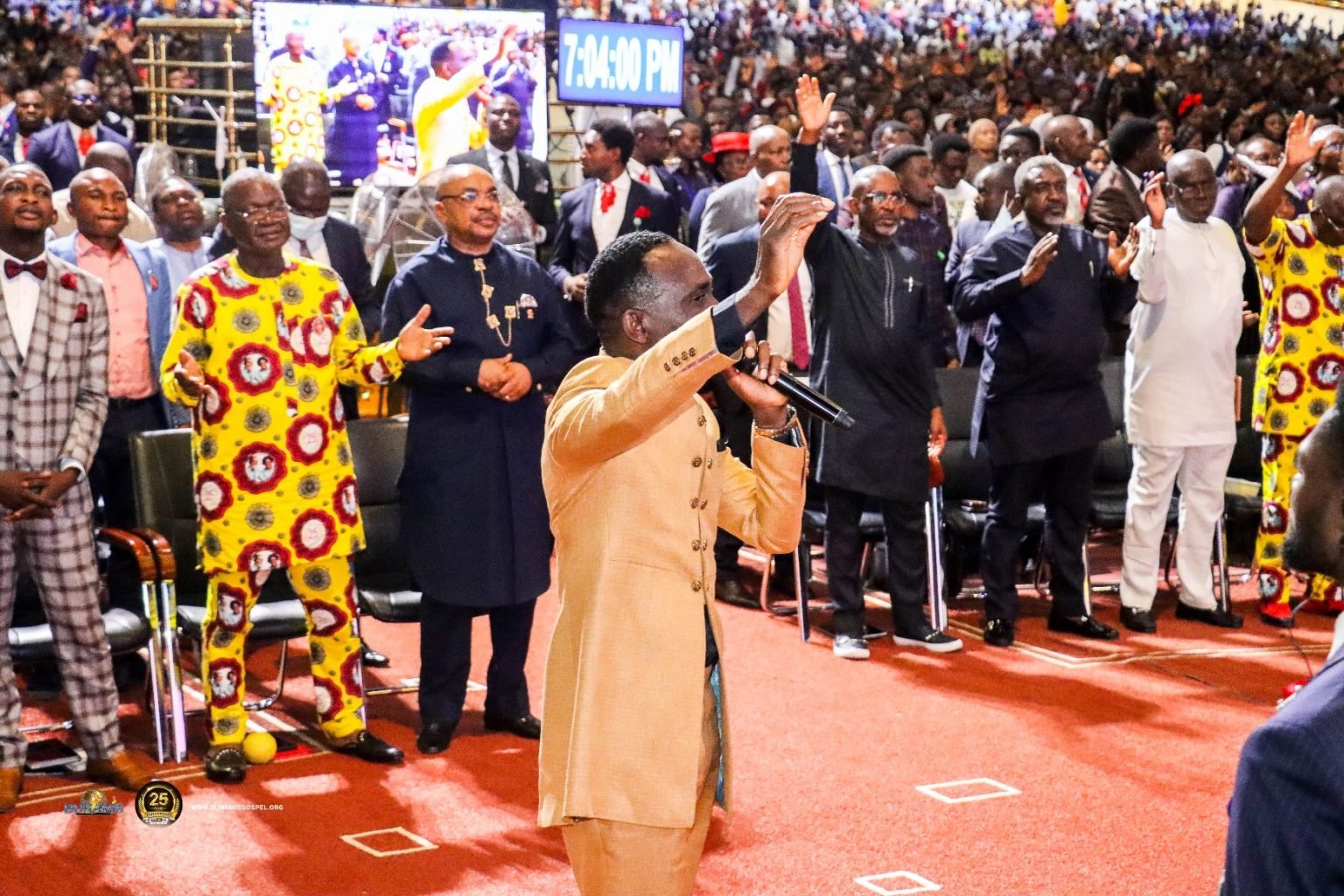 Governors, senators, House of Assembly members, as well as political and diplomatic leaders went on their knees alongside worshipers to pour out their hearts to God to heal Nigeria of every bloodshed and unrest.

The political leaders, including, Governors Samuel Ortom of Benue State, Emmanuel Udom of Akwa Ibom, Ifeanyi Okowa of Delta State, National Assembly members, among others, who went on their knees and were surrounded by some clerics led by Dr. Paul and his wife, Dr. Mrs. Becky Enenche, cried out to God to help Nigeria out of the myriads of problems confronting her.

The clerics used the leaders as point-of-contact to every sector of the nation.

They prayed for the speedy recovery of the nation from shackles of insecurity and the agenda of the enemies to be frustrated permanently.

The event was day 3 of the ongoing Kingdom Power and Glory World Conference 2021, which is also the 25th-anniversary celebration of Dunamis church.

Speaking earlier, on the topic: exceeding abundant grace (2) – the life of David, said: “If you have not lost your passion for God then you cannot lose your portion in life.”

“Anywhere God sees rejection, He releases the unction; God is attracted to the rejected, confronted and resisted,” he added.

Pastor Enoch Adeboye of the Redeemed Christian Church of God, Bishop David Oyedepo of Living Faith, Charles Agyin-Asare from Ghana have earlier ministered at the conference.

EPL: You can do more with Man Utd than PSG – Michael tells Pochettino