HomeNEWSInsecurity: Why State Police Will Not Work In Nigeria – Ex-Enugu Governor

Insecurity: Why State Police Will Not Work In Nigeria – Ex-Enugu Governor 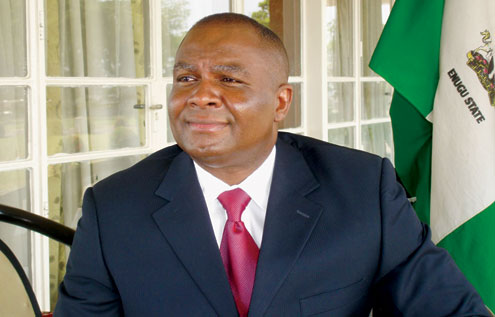 As leaders and experts continue to propose how Nigeria can overcome the problem of insecurity, a former governor of Enugu State believes state police is not an option.

Senator Chimaroke Nnamani was of the opinion that adopting state police as a solution to the security challenges would be a wrong move because the factors that led to the abolition of regional police were still very much available.

“That is not the solution. State police will not work in Nigeria,” he said when he featured as a guest on Channels Television’s Sunday Politics.

“All those factors that led to the abolition of the regional police and formal entry into the central police have not changed. Nigeria is organic, it is one unit and what that means is that if the eye is having a problem, the brain could have a problem.”

The former governor, however, stated that having state police would only function effectively if it was made to be uniform in all 36 states of the federation.

He warned that should state police not be in uniform and standardised in all the state, it would amount to what he described as an inherent inequality.

According to the lawmaker, it is an imbalance to have state police in a state like Lagos where the poverty rate is very low compared to other states with a higher rate of poverty.

On the way forward, he suggested a conference of ethnic nationalities to help address the imbalance said to have been created by the constitution.

“The system, as it is – the National Assembly, State assemblies…, are inherently unjust because of the way they were derived.”