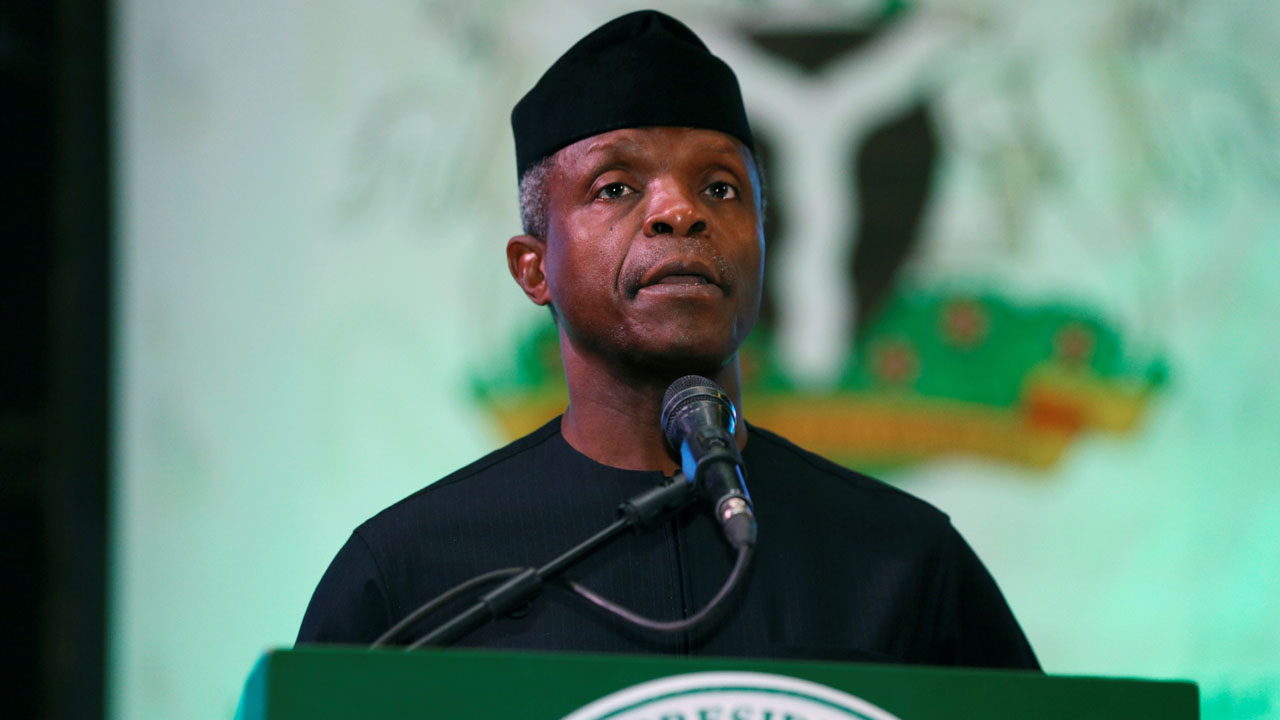 A popular Nigerian cleric, Pastor Adewale Giwa has stated that the challenges facing Nigeria at the moment were being caused by insincere leaders ruling the country.

Pastor Giwa, who is the Senior Pastor of the Awaiting the Second Coming of Jesus Christ Ministry, Akure, Ondo State, spoke during a radio programme in Akure.

He maintained that for the country to surmount her woes, only regionalism will solve the challenges.

He also said he would have sacked the Vice President, Prof. Yemi Osinbajo if he were a member of his Church.

According to Pastor Giwa, when each region was on their own, they were able to develop rapidly at their own pace, which he said signified true federalism.

While emphasizing that he warned Nigerians against voting for President Muhammadu Buhari, the Senior Pastor, he stated that Nigeria ignored checking his antecedent and records.

“As a matter of fact, people don’t want us to say the truth but truth is the truth and nothing but the truth. I was traveling to the United States of America about two years ago and God revealed to me the permanent solution to Nigeria’s problems.

“He took me to Genesis chapter 13 where Abraham and Lot had similar problems like we are currently facing in Nigeria. There was a crisis between the herdsmen of Abraham and the herdsmen of Lot. Then Abraham had to tell Lot that we are relatives, there is no need to continue to fight ourselves and Abraham told him that he has a solution. He said when you go to the east, I’ll go to the west. When you go to the west, I’ll go to the east. They separated and that resolved the crisis between them.

“Since 1914, we have been together as one Nigeria. For the last 107 years, nothing good has come out of it. Let’s try disintegration, let’s try division. Let’s allow each region to manage its resources. God told me it’ll permanently solve our problems. But it seems that the more we say it, the more they attack us and the more they say no that we need one Nigeria. People are suffering, it shouldn’t be.

Speaking on the issue of insecurity currently pervading various parts of the country, Pastor Giwa said “everything stands on leadership. We have not been able to have a leader like biblical Samuel. It is unfortunate that our leaders have not led us in the part of righteousness. The truth must be told, we have governors across the country and they collect security votes every month.

“Ondo State as a case study, the governor collects over N500 million. What have they been able to do with the money they are collecting. When the head is bad, the whole body is bad. So, they have to show us that they are capable as leaders to lead us and we the followers will follow and do the right thing.”

On the economy, he said “I’m a politician and I’ll not praise any party, but you could recall that the last administration during PDP managed our economy to some extent. But when this administration took over the mantle of leadership, it seems things have gone beyond control, that is why we are facing these challenges in Nigeria today because we do not have good leaders.

“We don’t have good electricity, and without that nobody can invest in this country. So, everything lies on leadership, I must confess. Can you imagine that since 1960, there has been no stable electricity?

“We have the Vice President as Christian. If Osibanjo happens to come from my church, by now I would have sacked him for not coming out, to tell the truth. Because if you contribute, people will see the impact. I don’t see the impact of Osibanjo.

“When Buhari came out to contest, somebody like me warned Nigerians on the need to check his records and antecedent, particularly what he did when he was a leader in this country but they didn’t listen.

“Even in some churches, General Overseers instructed their members to vote for APC. The members listened to them and they voted. The result is what we are experiencing now. It is only God who sends a leader.”