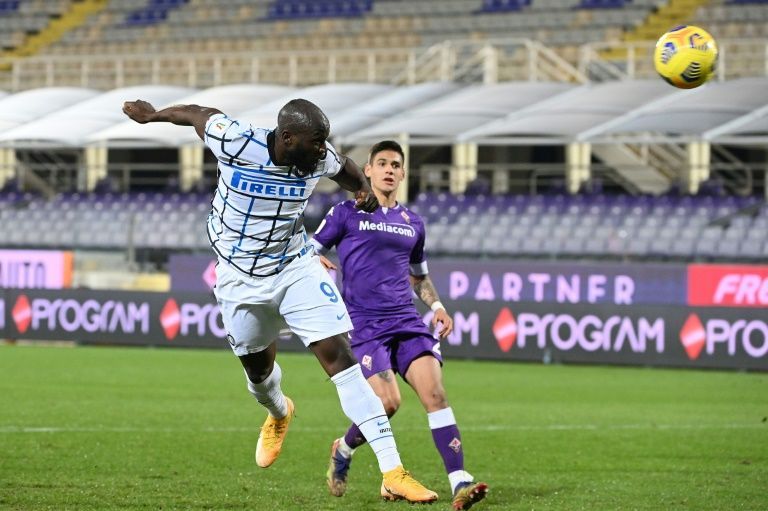 Romelu Lukaku headed in an extra-time winner as Inter Milan set up an Italian Cup quarter-final clash with city rivals AC Milan on Wednesday with a 2-1 last-16 win over Fiorentina.

Chilean Arturo Vidal had given Inter the advantage five minutes before the break-in normal time after a VAR review judged Terracciano to have fouled Alexis Sanchez.

But Christian Kouame blasted in a superb equaliser 12 minutes after half-time to take the match to extra-time.

Lukaku came off the bench on 69 minutes and with a minute to go ensured Inter avoided going to a penalty shootout with his 17th goal this season in all competitions.

“It was important to qualify, there will be time to recover,” said coach Antonio Conte days before Inter host champions Juventus in Serie A.

“This results will give us a boost. We’ll now measure our ambitions against Juventus.”

AC Milan won 5-4 on penalties on Tuesday after their match against Torino ended 0-0 after extra time.

Holders Napoli advanced with a hard-fought 3-2 win over Empoli.
The Tuscany side had a Covid-19 scare hours before kick-off with several team members forced to isolate after contact with a positive case. All tested negative.

Andrea Petagna scored the winner off a rebound with a quarter of an hour to go after Nedim Bajrami had twice pulled Empoli level.

Giovanni Di Lorenzo headed in a Hirving Lozano cross after 18 minutes, with the Mexican scoring the second seven minutes before the break.

Napoli will play either Roma or Spezia in the quarter-finals.