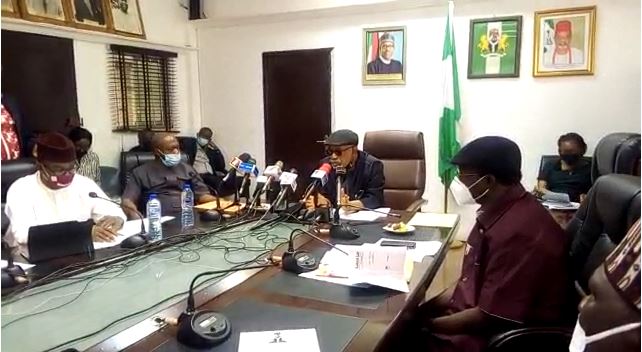 The Kaduna state government and the Nigerian Labor Congress on Thursday signed a Memorandum of Understanding (MOU) on Thursday following a reconciliatory meeting facilitated by the Minister of Labour and Employment, Dr Chris Ngige.

The NLC on 17th of May 2021 had embarked on a Five-day industrial action in Kaduna state to protest the retrenchment of workers by the Kaduna state government.

The Union at the meeting had accused the Kaduna state government of unlawfully sacking workers, compulsory retirement of workers on Grade Level 14 and above, compulsory retirement of workers who have attained the age of 50 years, reduction of the staff strength of local governments and casualization of workers on Grade Level 1-6.
However, the Kaduna State Government had debunked the accusations, ascribing them to political opponents of the State Government.

After a lengthy closed-door meeting in the MOU the parties resolved that since all the issues raised fell under redundancy, the Principle of Redundancy as stated in Section 20 of the Labour Act of the Federation of Nigeria 2004 should apply.

It also stated the constitution of a ten-man Bipartite Committee, comprising six representatives of the Kaduna State Government with the Head of service of Kaduna State as the chairman and three officials of NLC to work out a plan on how to integrate the provision of Section 20 of Labour Act CAP LI LFN 2004.

According to the memorandum, the committee was to peacefully resolve all the issues in contention and report to the Minister of Labour and Employment by Tuesday 25th May 2021.

The meeting had in attendance the Head of Service of Kaduna State, Mrs Bariatu Muhammed, the Kaduna State Commissioner for Local government Affairs, Ja’afaru Sani, the President, Nigeria Labour Congress, Ayuba Wabba, the Deputy President of NLC, Najeem Yasin and other representatives from both parties.

Okorocha refused to be registered as APC member in Imo State, says Uzodimma