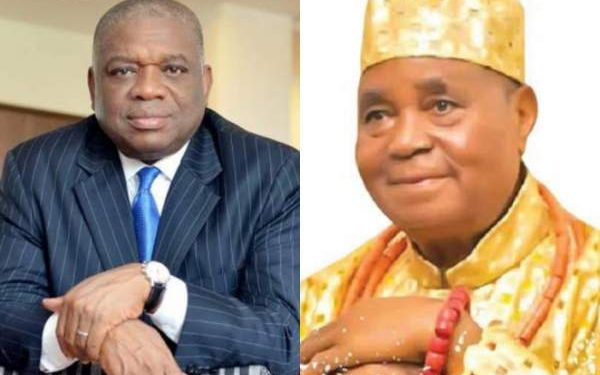 Former Governor of Abia State and Chief Whip of the Senate, Dr Orji Kalu has described the Esama of Benin Kingdom, Sir (Chief) Dr Gabriel Igbinedion as a rare gem with passion for humanity.

Acknowledging the patriotic contributions of the elder statesman to the growth and development of Nigeria through various platforms, Kalu stressed that the philanthropist has over the years, sustained his pedigree in business, leadership and philanthropy.

While admonishing the business mogul not to relent in his good works of empowering the less privileged, the former governor stressed that Nigeria will continue to tap from the robust experience of the elder statesman.

Kalu, who made these assertions in a goodwill message to Igbinedion on the occasion of his 87th birthday anniversary, called on business and political leaders across the country, to emulate the good deeds of the celebrant.

He said: “I join the House of Igbinedion to celebrate their patriarch, Sir (Chief) Dr Gabriel Igbinedion as he clocks 87.

“The life of the celebrant has been fulfilling in view of his robust accomplishments in all facets of life.

“ As a businessman and philanthropist, the celebrant has created wealth and employment opportunities for the teeming Nigerian populace.

“The celebrant has consistently sustained his humanitarian gestures beyond the shores of Nigeria.

“He has in no small measure contributed to nation-building in various capacities.

“The Esama is a rallying point for his contemporaries and the younger generation.

“As he marks this glorious feat, I pray for longer life for Chief Igbinedion in the service of humanity.”