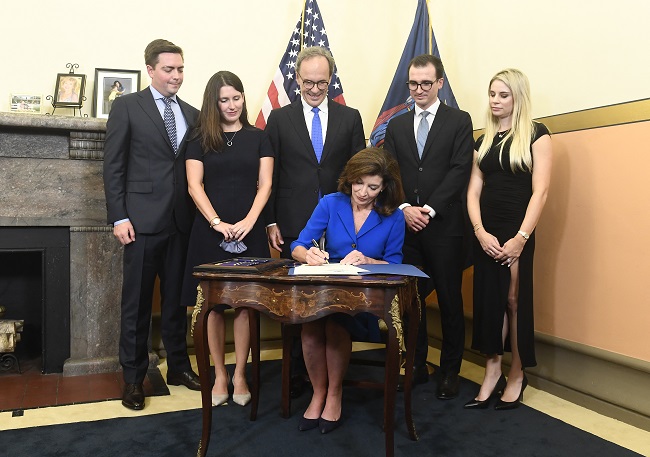 Kathy Hochul, has been sworn in as the 57th governor of New York early Tuesday, becoming the first woman to hold the state’s highest office.

Hochul was sworn in at the State Capitol by the state’s chief judge, Janet DiFiore, in a private ceremony, after series of events that saw Cuomo being engulfed in accusations that he covered up the true extent of COVID-19 deaths at nursing homes.

Several women also came forward this year alleging that the former governor had behaved inappropriately towards them.

Governor Hochul, a Democrat, has vowed to lead the state through a still surging pandemic and economic uncertainty, while ushering in a new era of civility and consensus in state government.