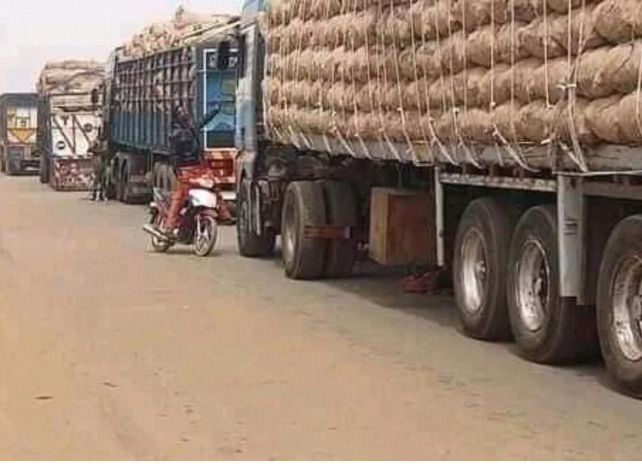 The Kwara State Coordinator of the Miyetti Allah Cattle Breeders Association, Aliyu Mohammed, has confirmed that the blockage of the Jebba border axis with Niger State is now open for free movement of goods to the South West through Kwara State.

Speaking in Ilorin on Friday, Mohammed said the relaxation of the directive by the national body of the association to allow free passage of foodstuffs and cattle was a temporary arrangement with the hope that the persecution of Fulanis in the South will come to an end.

Recall that a Yoruba activist, Sunday Igboho, first triggered the eviction of Fulanis from the South West, specifically from Igangan town in Ibarapa Local Government Area of Oyo State, following allegations of kidnapping and killings of people levelled against the Fulanis in the area.

The Sarkin Fulani of Igangan, Salihu Abdulkadir, had defended the allegations against his people, saying that the indigenes of the town were responsible for the crimes in the community.

He said he on several occasions reported suspects both Fulanis and Yoruba involved in the act of kidnapping to the Police and wondered how he could be accused of being a kidnap kingpin in the town.

However, the coordinator of the Kwara state association of Miyetti Allah, said sooner or later the truth shall be revealed to the whole world.

Mohammed said their main priority and concern is the safety of their members and protection of their main source of livelihood, cattle rearing business.

He insisted that whoever is found culpable of any criminal offence among their members should be ready to face the full weight of the law.

Mohammed said the association was ready to co-operate with the government and law enforcement agencies to wipe out violent crimes in the state.

He said the Fulani vigilante groups are ready to assist the government in fishing out fake herders who infiltrate the state to commit havoc.