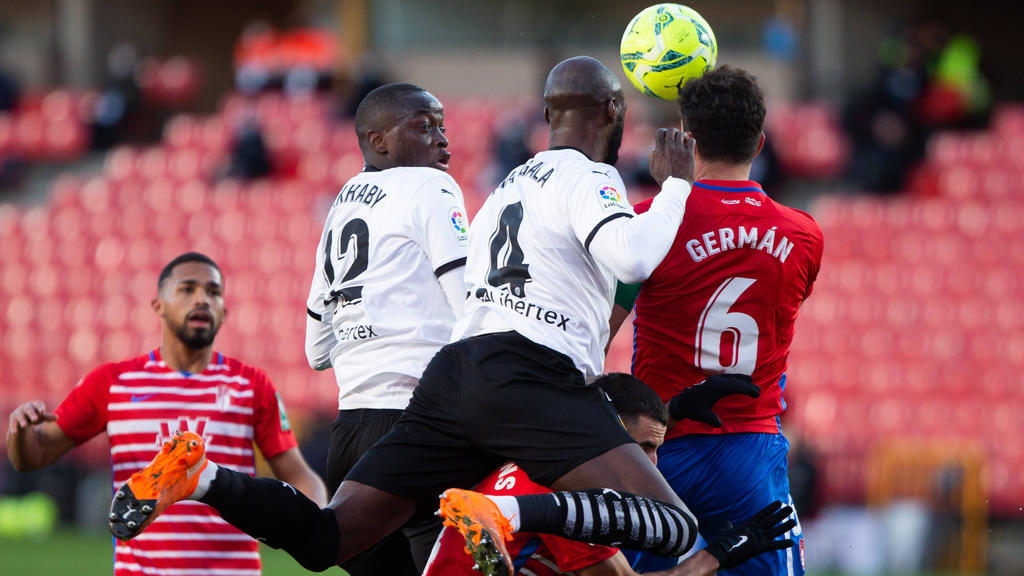 Granada moved to within two points of the Champions League places in La Liga on Wednesday after beating Valencia 2-1 in a feisty match where three players were sent off in six second-half minutes.

Granada, who leveled through Kenedy on the stroke of half-time after Kevin Gameiro had opened for Valencia in the 36th minute, are also one point away from Barcelona following their 1-1 draw with Eibar on Tuesday.

Valencia’s seventh league defeat of the season leaves them level on 15 points with Real Valladolid, who are third-from-bottom in the relegation zone and earned a point at Cadiz on Tuesday.

Javi Gracia’s side hasn’t won a La Liga match in their last seven attempts and had their task made harder when Jason and Goncalo Guedes were sent off within three minutes of each other midway through the second half.

Granada’s Domingos Duarte was then shown a straight red card three minutes later after he cynically hacked down Manu Vallejo as he attempted to burst through on goal with the scores still level.

Molina punished the beleaguered away side by thumping home Alberto Soro’s cross.