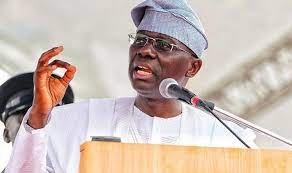 Lagos State Governor, Babajide Sanwo-Olu on Monday demanded one per cent share in the revenue allocation formula after stating that the special status of the state and its prosperity directly or indirectly has multiplying effects on the South-West region and the entire country.

He spoke during the opening event of a two-day South-West zonal public hearing on review of revenue allocation formula by the Revenue Mobilisation Allocation and Fiscal Commission, in Lagos State on Monday.

The participating states at the event were Lagos, Ogun, Osun, Oyo, Ondo and Ekiti States.

He said, “I should say that it will actually be unfair to expect the state to bear this heavy burden on its own. It is therefore necessary to give due consideration to all the variables that support our advocacy for a special status.

The Chairman, RMAFC, Elias Mbam, said it would consult with the six zones in the country on how to review revenue allocation formula.

He said the zonal public hearing would also be replicated in the other five geopolitical zones.