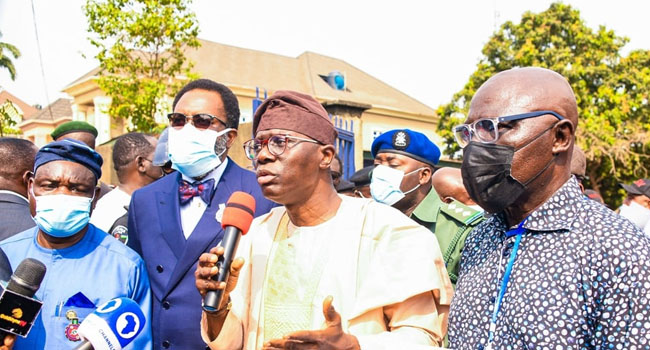 The Lagos State Government has promised to provide 549 plots of land to Shangisha landlords as compensation to end the land dispute between them and the Magodo Residents Association.

The move is an agreement reached by parties following Wednesday’s meeting presided by Governor Babajide Sanwo-Olu of Lagos State.

Governor Sanwo-Olu had on Tuesday visited the area where he called on the parties in the tussle to stand down, in a bid to completely resolve the matter.

“We have actually started a committee meeting, but I want to invite them (Judgement creditors) again officially to my office tomorrow (Wednesday) by 11 a.m. to come over with two or three of their representatives,” he had said during the visit.

“The State Government representatives will be there, the residents’ association will be there, and the police will also be there. So whatever it is that must have brought about all these troubles and heartaches will need to be brought there.

“We will all go through every line of it and we will come to an amicable resolution. So, I want everyone to please ensure that peace will be restored to the estate. I want all of our citizens to go about their lawful businesses knowing fully well that nobody will be harassed or any property will be trampled upon pending all of these conversations.”

Before then, some armed police officers, acting on the instruction of the Inspector-General of Police, Usman Baba, had laid a siege in Magodo Phase II Estate amid reports of a planned demolition of properties in the estate, in a bid to enforce a Supreme Court order.

I Am Absolutely Aware Of Nigerians’ Sufferings, Says Buhari