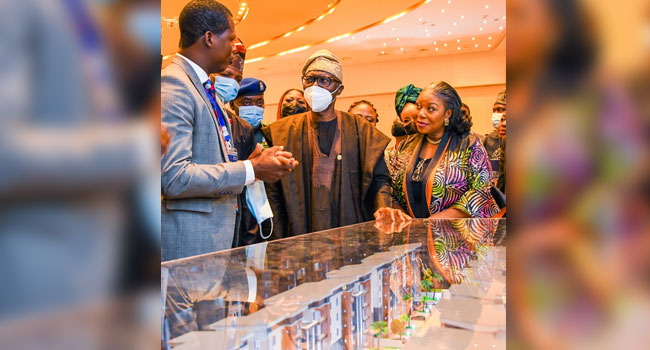 Lagos State Governor Babajide Sanwo-Olu has said by next year, a new policy for monthly tenancy on property occupancy would commence in the state.

According to a statement signed by the governor’s spokesperson, Gboyega Akosile, the governor explained that the concept is not to punish the landlord or reduce the expected revenue of the property owner.

“By next year, Sanwo-Olu said a new policy of monthly tenancy on property occupancy would kick off in Lagos. The concept, he said, is not to punish the landlord or reduce the expected revenue of the property owner.

“He said monthly tenancy would ease off the pressure of yearly rent on tenants, as the new policy is designed to make people pay their rents according to their monthly earnings. The policy, Sanwo-Olu said, emanated from an agreement reached by the association of tenants, a consortium of financiers, and the Government,” the statement read in part.

Addressing the cause of the high affordability of property in Lagos, the Governor said the State’s partnership with the private sector had raised the housing stock but added that the non-availability of long-tenure mortgage bonds made it impossible for low-income earners to benefit.

The Government, he said, is thinking out of the box to design a financing model that would reduce the burden on mortgage applicants, while also charging real estate developers to reduce the cost of developing property by engaging local competence for skills outsourced to foreigners.

“We should not just build property only for consumers, we must also build skills and integrate them in our built environment to showcase great output. Technical and vocational skills are things we must deliberately harness and reflect in our work. At the end of the day, we must be able to design a housing development and ownership model that is fit for our purpose and peculiar to our local needs,” Sanwo-Olu said at the event.

Also, the governor ordered complete excision on untitled land across the State.

According to the statement, the Governor’s directive represents a major turning point in land administration in Lagos, as the exercise would enable the State Government to carry out documented delineation on communal land and land owned by the families.

Sanwo-Olu said a technical committee will be set up to fine-tune the framework for the excision process on untitled land, with the objective to granting Certificate of Occupancy (C-of-O) to landowners for transparent sales of the asset.

The Governor condemned an effort by State officials to frustrate and sabotage the full take-off of the State’s Enterprise Geographic Information System (e-GIS) project initiated to automate approval of land surveys and allocation titles in one talk shop. Sanwo-Olu issued a stern warning, saying he would be ruthless in purging out saboteurs in the ranks of Government.

He said: “One of the issues we are working on is the ownership of land. There is a large parcel of land across Lagos that doesn’t have the Government title.

“It is to announce to this gathering that I’ve made up my mind that we are going to do excision for untitled land. This process will kick off next year and we will set up a committee whose composition will represent all traditional divisions in Lagos. With equity and fairness, we will yield proper titles on all the land, so that the issue of land grabbing can be reduced to a minimum.

“We will also be carrying out genuine reform in our Survey Department. We need to have our e-GIS platform up and running after 10 years that it was initiated. I’m expressing my disappointment in some Government officials sabotaging these efforts. I will look for the culprits and I will be ruthless in meting out punishment. I will ensure these saboteurs have no place in my Government.”

Special Adviser to the Governor on Housing, Mrs. Toke Benson-Awoyinka, also at the event, said real estate remained the most sought-after investment, noting that the market, apart from creating sustainable jobs, also has the highest potential of growing the economy of any nation.

The Special Adviser urged investors and consumers to make LASRERA their first point of contact before investing in real estate in any part of Lagos.

Barca Not At The Level To Compete In Champions League – Xavi