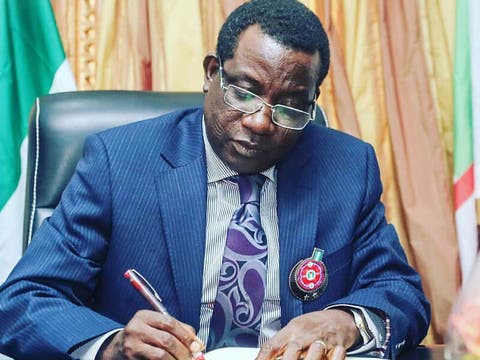 POLITICS
Plateau State Governor, Simon Bako Lalong has praised the electorate for their peaceful conduct and large turnout during the Local Government Election in the 17 Local Government Areas of the state.
He urged the electorate to elect the Chairmen and Councillors of their choice in the ongoing Local Government elections.
Lalong who voted alongside his wife, Regina Lalong and other close family members at about 10:30am, said he was impressed with the turnout and enthusiasm in his ward and the encouraging reports from various parts of the State which equally indicated a peaceful exercise and the readiness of voters to choose their leaders.
He said going by the fact that PLASIEC had assured all political parties, candidates and the entire electorate of the their readiness for the exercise having planned over a long period of time and engaged all stakeholders, there is no cause for alarm.
Asked if he was apprehensive of the elections not holding due to the court case instituted by the PDP at the Court of Appeal Jos seeking an injunction to stop the elections, which went deep into the night before the scheduled date, the Governor said:
“We had no fear because we know the courts will do justice according to our laws. Even if they had ruled that the elections will not hold, we would have had nothing to do but to obey the ruling.
“The APC as a party has high regard for the courts and believes that it is a very important part of the democratic culture which we must build. You remember the Zamfara case where we even win the elections but the courts voided it and in Rivers where we were stopped from participating. Now that in this case the court ruled in our favour, we are going ahead with the elections peacefully”.
On the significance of the elections and the security arrangements put in place, the Governor said the transition from one Local Government Administration to another is a thing that many people of Plateau have yearned for in which by the grace of God is happening without any challenges.
He said though there were concerns about security, the Government took all necessary measures to ensure that this elections come and go smoothly without any hindrance and has charged security agencies to deploy their personnel all over the State.
Lalong also urged all citizens to ignore rumours and fake news being pedelled about the elections as all parties and their supporters were given equal opportunity to participate in the process leading to today.
He assured the State that the will of the people expressed through the ballot box will be allowed to prevail as PLASIEC has given all assurances of fairness, justice and adherence to the rules of the game.
Share this story