HomeSportsLampard urges Iwobi’s Everton to brace up against Palace

Lampard urges Iwobi’s Everton to brace up against Palace 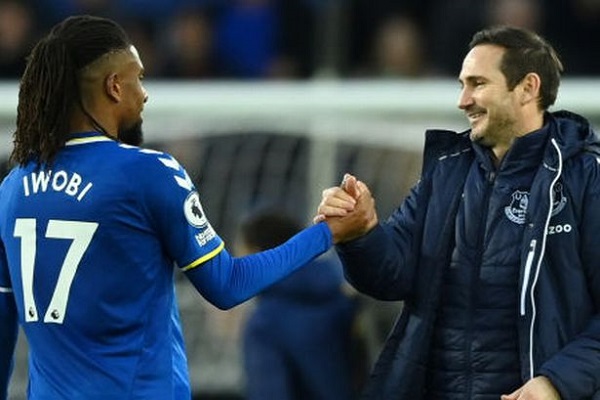 Frank Lampard said Alex Iwobi and his teammates at Everton must summon another “massive effort” when Crystal Palace visits Goodison Park for a critical Premier League fixture on Thursday.

Everton hosts Palace with the Club’s top-flight status for next season still in the balance following the defeat by Brentford on Sunday.

Lampard’s team remains in a position to author their own fate, however, with two more points required to all but guarantee survival, thanks to a far superior goal difference to Leeds United, one position back in 17th.

“We were brilliant for the period of 11v11 and it felt like more goals would come, we should have scored more against a really good side,” said Lampard.

“It is really hard to say anything [critical] to the players after that – playing 70 minutes in the Premier League with one man down is a really big ask.

Crystal Palace will come to L4 following four unbeaten games and aiming for the three points that would lift them into the Premier League’s top half.

Nigeria’s Flamingos Drawn Against Germany At U-17 Women’s World Cu...

Nigeria’s Flamingos have been paired alongside Germany