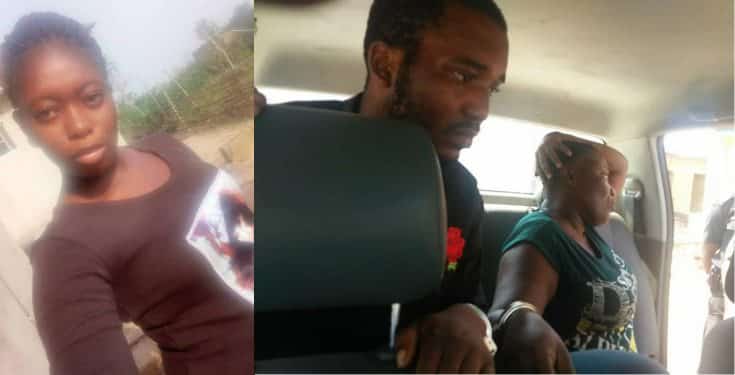 An Osun State-based Pastor, Segun Philip; a youth, Owolabi Adeeko; and his mother, Bola; accused of killing an undergraduate of the Lagos State University, Favour Daley-Oladele, in December 2019, were on Friday re-arraigned before an Osun State High Court, sitting in Osogbo.

It was had reported that the accused had allegedly murdered Favour, and used vital parts of her organs for a money ritual in Ikoyi, Osun State.

The accused were first arraigned before Magistrate Olukunle Idowu-Faith of an Apomu Magistrates’ Court on Friday, January 10, 2020, before the matter was moved to High Court for lack of jurisdiction.

Upon their arraignment, Magistrate Idowu-Faith remanded them in Ilesa Prison and adjourned the matter till Wednesday, March 25, for mention.

Appearing before Justice Grace Onibokun, while Kemi Bello, the Director of Public Prosecution in Osun State Ministry of Justice, announced an appearance for the prosecution, no lawyer appeared for the accused.

A little drama, however, ensued when a lawyer, who was in court for another matter offered to represent the accused on pro bono.

But one of the accused, Bola rejected the offer, saying they had counsel.

She said their lawyer had thought the matter would come up on Thursday, hence his inability to be present in court when the matter was called.

Being their first appearance before the court, the charge of the accused was not read.

In her ruling, Justice Onibokun remanded the accused in Ilesa Correctional Centre and adjourned the matter till March 3rd and 10th, 2021 for hearing.