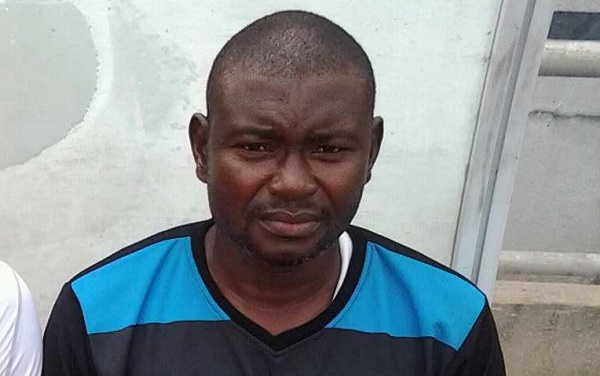 The team’s media officer, Austin Tyowua, confirmed this on Monday.

“Yes, he is dead,” TYowua said while confirming the ex-Eagles attacker’s death.

He said the ex-Eagles striker died in the early hours of Monday after a protracted illness.

“With heavy hearts but total submission to the will of God, the Board and Management of Lobi Stars Football Club regrets to announce the passing on to the glory of Mr Barnabas Imienger who died in the early hours of 22nd March 2021 in Abuja after a protracted illness.

“He is survived by two immediate children, several siblings, and mother. Burial arrangement will be communicated as soon as the club and his family collectively come out with a position,” he added in a statement announcing Imenger’s death.

The former International until his death was the Team Manager of Lobi Stars FC Makurdi the club he served as player and coach in the course of his football career.

Barnabas Imienger started his Football profession in Makurdi with HMB FC, and moved to BBL Hawks later to be known as Lobi Bank FC and now Lobi Stars.

He went on to play for BCC Lions FC Gboko, El-kanemi Warriors FC Maiduguri. He was also a member of the Senior National Football Team, Super Eagles of Nigeria. He also played professional football in Saudi Arabia.