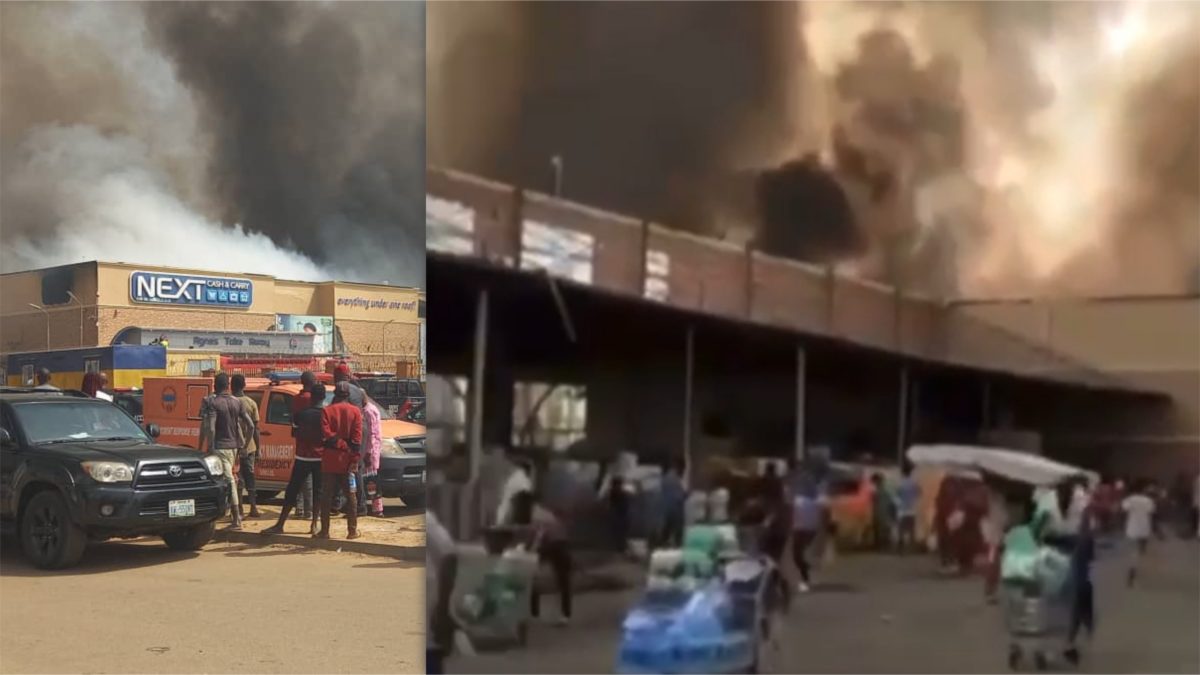 The fire incident started at 8 am on Sunday.

It was gathered that looting is ongoing at the scene as people cart away what they can lay their hands on from the supermarket.

Ugo Huan, the spokesperson of the Federal Fire Service, advised residents to avoid the areas as firefighters are battling to put out the fire and prevent its spread.

“The Service has turned out firefighters to the scene, who are currently fighting the fire,” Huan said.

“Members of the public are to take note and avoid that route.”

Huan said firefighters from over three different zones, including the FCT fire service, were at the scene fighting the fire.

Sandra Emeka, a witness at the scene, said that she was at the gate of the supermarket trying to gain entrance to the compound when she noticed dark smoke coming out of the store.

“I don’t know where the fire started from or what caused it, but I just noticed the smoke and heard people around telling us to move back that there was fire,” she said.

Philip Paul, another customer, expressed sadness over the incident as he described the supermarket as a “big shopping centre.”

“It is so unfortunate this happened at this time when the store must have been stocked up for the festive season,” he said.

“This is a great loss, and I sympathise with the management of this supermarket.”