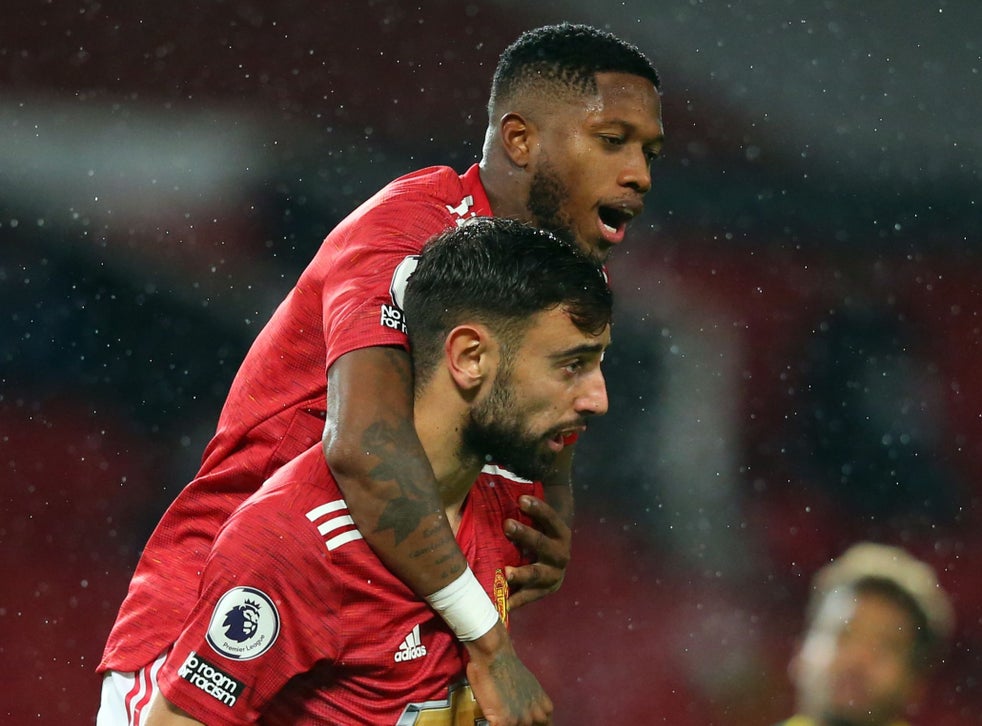 Manchester United ended a long wait for a home win in the Premier League but needed plenty of fortune to see off lowly West Brom 1-0 on Saturday thanks to Bruno Fernandes’s twice-taken penalty.

The Portuguese midfielder got a second chance after Sam Johnstone had saved his first spot-kick but came off his line in doing so.

United also got a break at the other end moments earlier when a penalty given for a foul by Fernandes on Conor Gallagher was overturned after a VAR review.

The first win at Old Trafford in seven league games moves Ole Gunnar Solskjaer’s men up to ninth and within seven points of early pace-setters Tottenham with a game in hand.

However, there was little to appease the unease over where the Red Devils are going under Solskjaer as West Brom threatened to collect their first league win since returning to the top flight.

Johnstone twice kept Anthony Martial at bay in the first half as the West Brom ‘keeper rose to the occasion of facing his former club.

West Brom has now scored just once in their last six games, but Slaven Bilic’s side posed the bigger threat at the start the second half.

Fernandes looked to have caught Gallagher inside the area when referee David Coote pointed to the spot.

But he infuriated Bilic by overturning the call after reviewing the incident on the pitchside monitor.

Moments later Gallagher was denied again, this time by the legs of David de Gea with the biggest chance of the game to that point.

Yet, it was United who was gifted the chance to win the game from the spot when Juan Mata’s cross struck the arm of Darnell Furlong, and this time Coote’s decision to award a penalty was not overturned.

Fernandes missed from the spot for the third time this season when Johnstone sprung low to his left to save.

But just as in United’s Champions League win at Paris Saint-Germain when Fernandes was given a reprieve by Keylor Navas jumping off his line, Johnstone went too soon.

The second time round Fernandes smashed home the penalty, but United still had to ride their luck to hold out for the three points.

Callum Robinson was inches away from an equalizer as his dipping shot from outside the area came back off the crossbar.

The defeat leaves the Baggies still rooted in the relegation zone with just three points from their opening eight games.