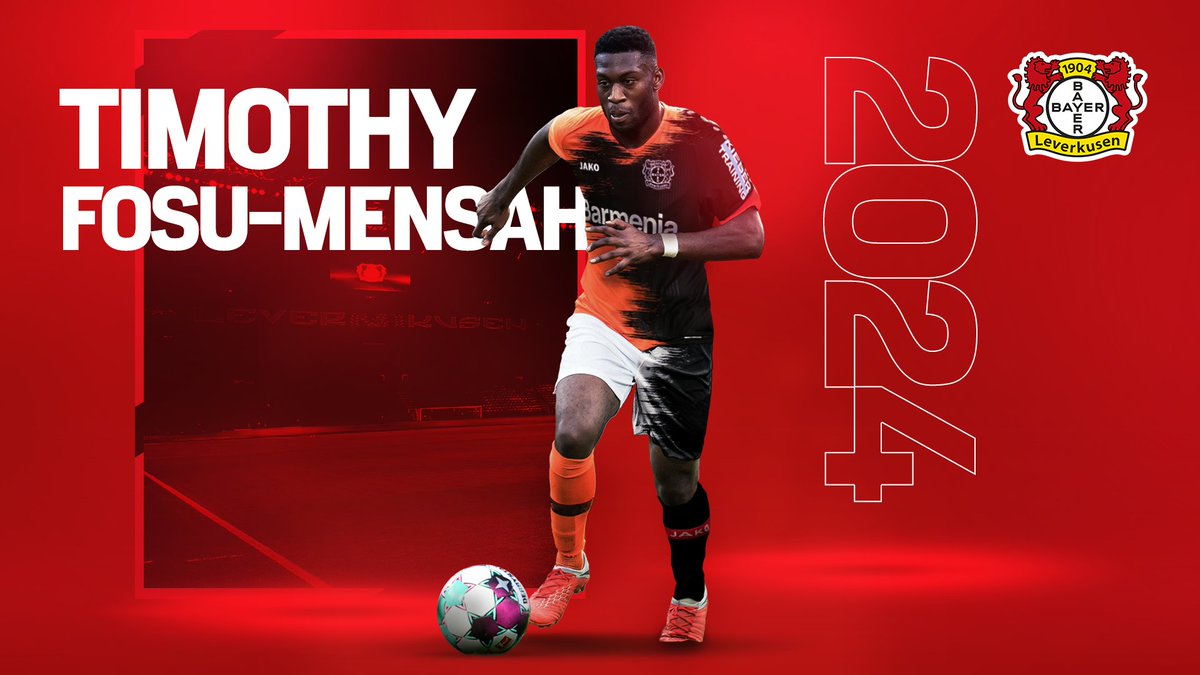 The 23-year-old defender leaves Old Trafford having made 30 first-team appearances over the past six-and-a-half seasons since making his debut as a substitute in the 3-2 win over Arsenal in February 2016.

The Dutch international agreed on a contract until 2024 with the German club, who are currently third in the Bundesliga table.

‘Timothy is a technically adept, fast and physically strong defender who can be used as a right-back and also in the centre,’ said Leverkusen sporting director Simon Rolfes.

‘Tim is still young and capable of development.’

“In the last few days I’ve talked a lot with the coach, and conversations with Simon Rolfes and Rudi Voller have convinced me that there are great prospects in Leverkusen,” Fosu-Mensah, who also played on loan for Fulham and Crystal Palace, said.

“Both for me personally and for us as a team. That will be really exciting.”