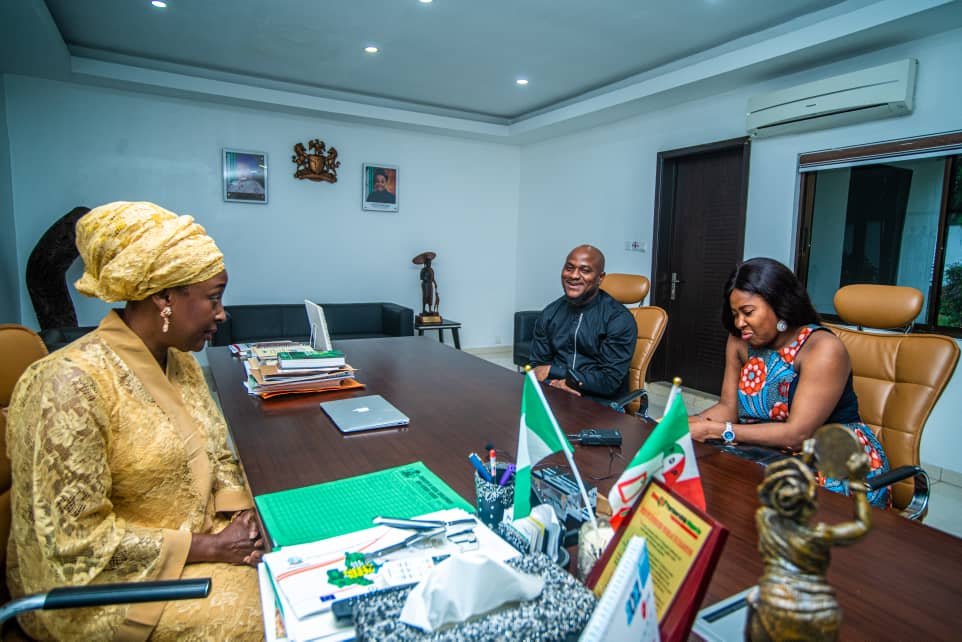 Wife of of Edo State Governor, Mrs. Betsy Obaseki, has commended Mr. Abel and Mrs. Marian Ugiagbe, the couple whose marriage ceremony was disrupted by the absence of the Registrar at the Ministry of Interior, Federal Marriage Registry, in Benin City, for their humility and the spirit of forgiveness.

Obaseki gave the commendation on Saturday in Benin, when she met with the couple at the Government House.

Recall that a video report of the disruption of the wedding of the couple by the absence of the Marriage Registrar on Friday, 28 May, went viral on social media.

The embattled Registrar was later suspended by the authorities of the Ministry of Interior, to pave way for his probe.

At the meeting, Ugiagbe explained that their wedding day was ruined as a result of the failure of the Registrar to show up for duty on the day.

He said he did not expect the video to go viral and certainly did not expect that the Registrar would be relieved of his job as he was much more concerned about exposing the negligence he had witnessed at the Federal Marriage Registry.

Responding, the Edo State First Lady, who was instrumental in alerting the Minister of Interior when she learnt of the incidence, expressed satisfaction over the swift intervention of the Minister in the matter.

Obaseki, who commended the display of humility and the spirit of forgiveness by the couple, encouraged them to remain broad-minded and magnanimous.

She thereafter promised the couple to host a wedding reception for them.

The elated couple expressed appreciation to the First Lady for her kind gesture, saying that she has turned what was supposed to be a sad memory into a joyful one for them.