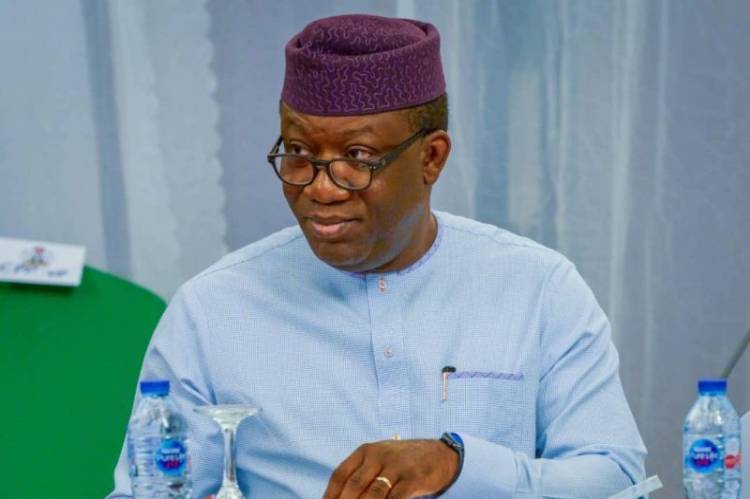 The Ekiti State Government and the organised labour in the state have reached an agreement on minimum wage and consequential adjustment for workers in the state.

The agreement covers those in core civil service, local government service, the judiciary and also the health workers in the state.

A statement made available by the Chief Press Secretary to the Governor of Ekiti State, Olayinka Oyebode, revealed that the implementation of the consequential adjustment commences in January 2021.

The statement said, “The new development is a product of a series of meetings between labour leaders and government negotiation team as well as meetings with the state Governor, Dr Kayode Fayemi at the tail end of last year.

“In the new agreement which was jointly signed by the government negotiation team and labour leaders in the state on Tuesday evening, it was agreed that the salaries of officers in the civil service be adjusted.

“Adjustment for GL13-17 will be implemented by the government based on the recommendation of the Economic Review Committee which will comprise labour and government representatives as allocation improves, while implementation for officers on GL 07-12 will commence by January 2021. Workers on Grade level 01 to 06 have been enjoying the new minimum wage since October 2019.

“It was also agreed that government would not retrench, victimize or intimidate any worker as a result of the implementation and no labour leader would be penalized or sanctioned over roles played in the course of the negotiations.

“It was jointly signed that this agreement has brought to an end the agitation on minimum wage and consequential adjustment for officers on GL 01-12 and shall be implemented for officers on GL13 and above without prejudice.”

Those that signed the agreement on behalf of the government include the Head of Service, Mrs ‘Peju Babafemi, Senior Special Assistant to the Governor on Labour Matters, Comrade Oluyemi Esan, and Permanent Secretary, Office of Establishments and Service Matters, Mr Bayo Opeyemi.

It was earlier reported that the organised labour in the state had threatened to stage a protest in the first week of January to press home its demand for the payment of minimum wage and consequential adjustment to public sector workers.