HomeSportsMourinho To Replace Fonseca As Roma Coach From Next Season

Mourinho To Replace Fonseca As Roma Coach From Next Season 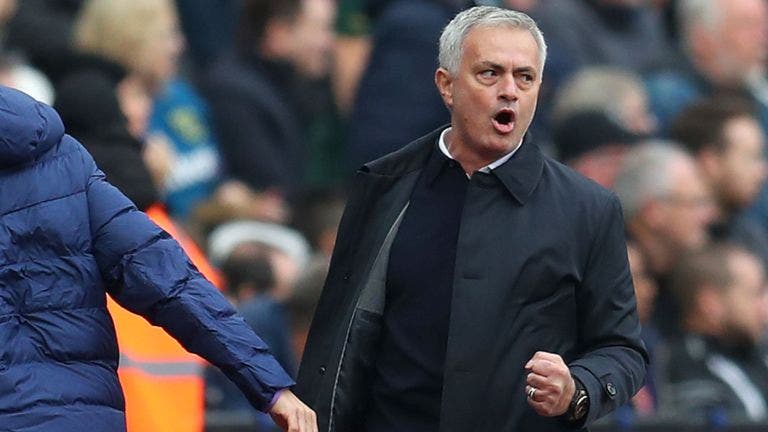 AS Roma have announced Jose Mourinho as the new head coach ahead of the 2021-22 season.

Mourinho, sacked by Premier League club Tottenham last month, will replace fellow Portuguese Paulo Fonseca who will leave Roma at the end of the current campaign.

Mourinho returns to Italy where he led Inter Milan to the treble in 2010.

He also won the Champions League with Porto in 2004 and three Premier League titles with Chelsea.

Earlier the Serie A club confirmed that Paulo Fonseca will leave his job as Roma coach at the end of the season.

“On behalf of everyone at AS Roma, we would like to thank Paulo Fonseca for his hard work and leadership over the past two years,” said chairman Dan Friedkin, who took over the club last summer.

“Paulo guided the team through many challenges, including the Covid pandemic and a change of ownership, and did so with selfless integrity and great character.”

Fonseca, 48, joined the club in 2019 on a two-year contract with the option for a third year if the club reached the Champions League next season.

The club finished fifth in Serie A last campaign and are currently seventh, nine points behind city rivals Lazio who sit sixth and have a game in hand.

“Over these last two years we have experienced a number of highs and lows, but I have always given my all for this club and this city — a city that has always been so welcoming,” said Fonseca.

“We still have some very important games in front of us this season that we want to win, and we will continue to give our all in order to do so.”

Fonseca replaced Claudio Ranieri, who had a brief spell as coach after Eusebio Di Francesco was sacked in January 2019.

Di Francesco had guided the club to the Champions League semi-finals in 2018.

Fonseca, a Portuguese national born in Mozambique, previously coached Shakhtar Donetsk where he won the league and cup double in all three seasons with the Ukrainian club.

He also won the Ukrainian Super Cup in 2017.