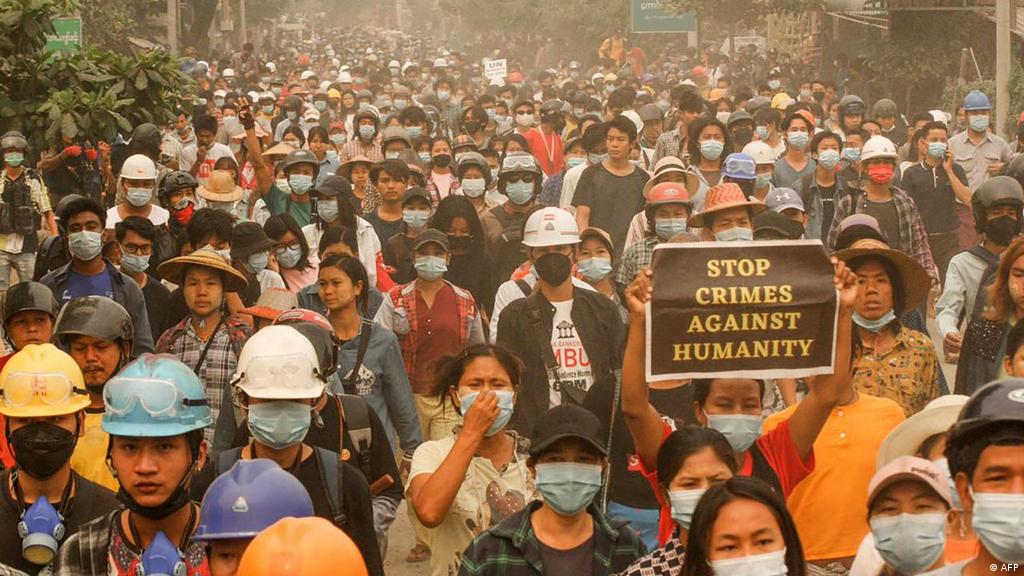 When asked whether the US would be imposing sanctions, Biden said “we’re working on that now.”

The US, Britain, Germany, Italy, Denmark, Greece, the Netherlands, Canada, Australia, New Zealand, South Korea and Japan issued the statement, a day after Myanmar’s deadliest day of protests since the military coup in February.

“We condemn the use of lethal force against unarmed people by the Myanmar Armed Forces and associated security services,” the statement read.

The military chiefs called on Myanmar’s armed forces to cease violence and work to “restore respect and credibility with the people of Myanmar, that it has lost through its actions.”

“A professional military follows international standards for conduct and is responsible for protecting — not harming — the people it serves.”

How have other leaders reacted?
German Foreign Minister Heiko Maas said he was “deeply shocked” by what took place.

He tweeted: “It is the task of security forces to protect the population. Instead, the military killed peaceful protesters and even children. My thoughts and sympathy are with the families of the victims.”

In the United States, Secretary of State Antony Blinken said in a tweet that his country was “horrified by the bloodshed perpetrated by Burmese security forces, showing that the junta will sacrifice the lives of the people to serve the few.’

We are horrified by the bloodshed perpetrated by Burmese security forces, showing that the junta will sacrifice the lives of the people to serve the few. I send my deepest condolences to the victims’ families. The courageous people of Burma reject the military’s reign of terror.

The EU delegation to Myanmar said Saturday would “forever stay engraved as a day of terror and dishonor.”

“Far from celebrating, the Myanmar military has made yesterday a day of horror and of shame,” EU foreign policy chief Josep Borrell said in a statement.

A new Prime Minister has been appointed

THE SIGNATURE SHOW: Addressing Poverty and Unemployment - Can NSIP Deliver?