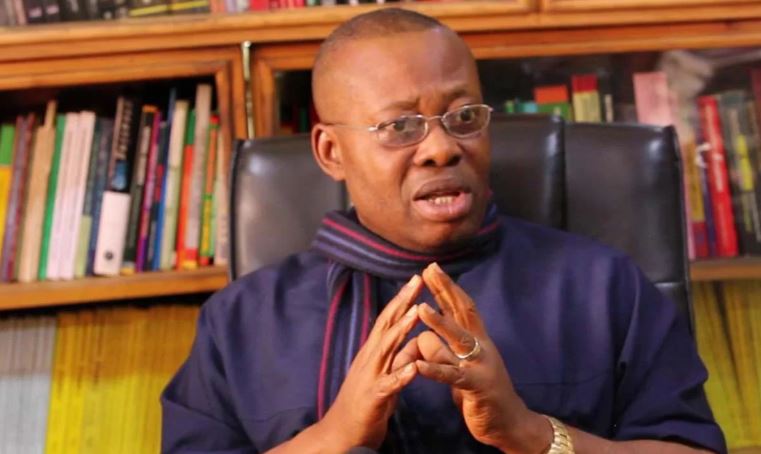 This is coming barely two years after, Ubani and Senator Christopher Enai from Bayelsa State, were detained by the EFCC on March 19, 2019 for failing to produce Ngozi Olejeme, who they stood for as sureties.

Olejeme is facing a N6.4 billion fraud allegedly perpetrated while she was chairman of NSITF.

However, an FCT High Court, Apo, presided by Justice Silvanus Orji, in March 2019, granted bail to Monday Ubani and Senator Christopher Enai in the sum of N50 million with two reasonable sureties, who must be civil servants on level 15.

The court had also ordered that the applicants deposit their international passports.

Justice Orji gave the order after listening to the submissions of the applicants in an ex-parte motion filed by their counsel, Chief Mike Ozekhome (SAN).

Ozekhome, in the motion ex parte, prayed the court to order the EFCC to grant the applicants bail on self-recognition or liberal terms pending arraignment.

While announcing his withdrawal in a statement on Saturday, the Abia-born former NBA Vice Chairman, Monday Ubani slammed the sacked chairman of the Economic and Financial Crime Commission, Ibrahim Magu over acts of lawlessness while at the helm of affairs of the Nigeria anti graft agency.

His statement partly read, “If an accused person jumps bail, the surety certainly has not committed any offence under our law. It is a civil matter which is to the effect that the surety forfeits the bail bond. It is only when the surety is unable to pay the stated sum in the bail bond that he or she will be sentenced to a term of imprisonment.

“To say the least, I was elated and grateful to God for answered prayers. She(Ngozi Olejeme) is back to face her case and the onus is on EFCC to prove the theft of N69 billion against her.

“The newspaper and public trial characterisation of Magu era is gone, perhaps for good.

“Let everyone accused of crime in Nigeria be given fair trial and let those who are guilty be jailed, while those who are innocent be discharged and acquitted. That is how it is done in every civilized clime.

“I have applied and withdrawn my suretyship of the woman from EFCC. The letter to that effect was written and acknowledged on the 16th of April, 2021”.