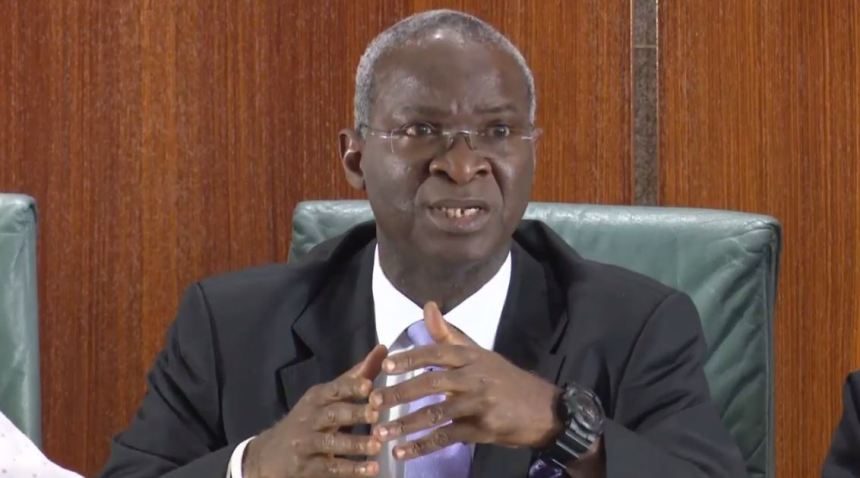 Minister of Works and Housing, Babatunde Fashola, says the Rivers State Governor, Nyesom Wike, has not yet received the refund of N78.9bn for the execution of Federal Government’s road projects in the state.

The President, Major General Muhammadu Buhari (retd.), had approved the refund in June 2020 but Fashola who, spoke in Port Harcourt on Saturday during the commissioning of the Rebisi flyover, said Wike still needed to visit the National Assembly for ratification.

Fashola noted that the Federal Government reimburses funds in all states irrespective of party affiliations.

He said, “Let me make an important observation here, in the first tranche, the refunds were in the order of N577bn. I don’t know the exact number but it was done across party line in the states.

“In this second trance, it was five states, out of those five states, APC states had a total of N148bn and of course Nyesom Wike of Rivers state got the lion share, N78bn, but don’t leave here thinking that he (Wike) has received N78bn, not yet, he still has to go to the National Assembly.”

Speaking, the governor said he was happy fulfilling his promises to Rivers people, adding that he had the intention of constructing more flyovers in Port Harcourt to ease traffic in the state capital.

“It is on record that it has never happened where a state government can carry out four flyovers at the same time and we are not working with contractors of low repute. I am so happy today that I made a promise to my people and I have fulfilled that promise,” Wike said.