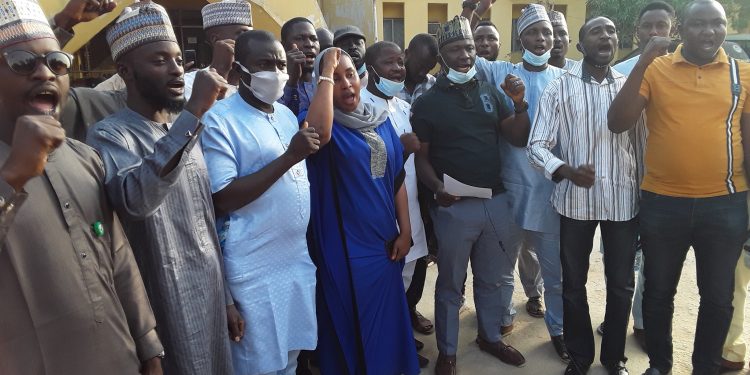 The National Association of Nigerian Students (NANS) has given the Federal Government till January 5, 2021, to resolve its impasse with the Academic Staff Union of Universities (ASUU).

Describing the ongoing strike action by ASUU as the longest so far, NANS said in Katsina at the weekend that it would mobilise its members to block all Federal highways indefinitely at the end of the ultimatum until the issue is resolved.

The President of NANS Comrade Sunday Asefon, who addressed a press conference after a visit to the rescued Kankara school boys said that “it is ridiculous that government and ASUU have not found a common ground yet and this is leaving us with no other alternative than to do everything within our power to bring an end to this strike.

“If by January 5, 2022, there is no resolution, we will take strategic actions including mobilising all students from all over the country to march on the streets and block all Federal roads indefinitely.”

The students also demanded the inclusion of students Representatives on the negotiating team, “so that no, one will come out of the meeting and deny anything.”

On the rescued Kankara schoolboys, Asefon said, “I also met with the kidnapped students to encourage and motivate them to ensure they get education irrespective of the bully from the cowards who kidnapped them.

“In my meeting with the Executive Governor of Katsina, I reiterated the need to secure the schools to ensure we do not have a repeat of this ugly experience.”

Security: Resign from your office as Gov – APC tells Obaseki