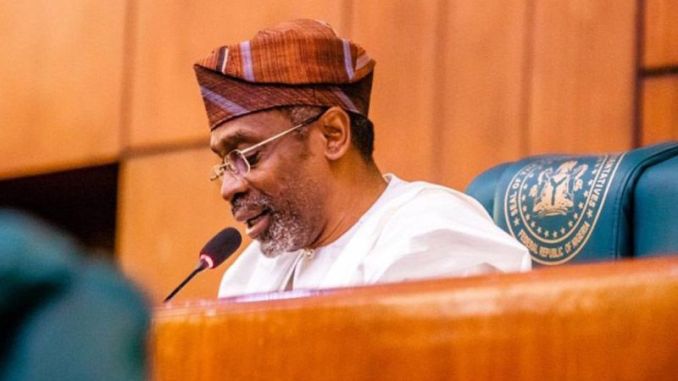 Speaker of the House of Representatives, Femi Gbajabiamila, on Saturday, said the National Assembly spends less than two per cent of the national budget, wondering why no one is asking questions about the remaining 98 per cent.

Gbajabiamila said this as his reaction to a statement credited to the Vice-Chancellor of Ahman Pategi University, Patigi, Kwara state, Professor Mahfouz Adedimeji, who opined that Nigeria runs the most expensive National Assembly in the world.

The university boss and the Speaker both spoke at the 10th annual symposium of the Muslim Students Society of Nigeria, B-Zone, in Abeokuta, the Ogun State capital.

Prof. Adedimeji, who was the guest lecturer at the occasion touched on the theme, ‘Saving a nation on the precipice: between re-federation and secessionism.’

Adedimeji had emphasised the need to rejig the operations of the legislature in Nigeria, stating that the nation’s parliament is the most expensive in the world.

“With due respect to the Speaker of the House of Representatives, Nigeria spends the highest amount of money on the legislators in the world and the National Assembly consumes more money than any other parliament in the world.

“A unicameral legislature with two representatives from each state is sufficient. The National Assembly should have less than 100 members, including Abuja,” the varsity doesn’t say in his lecture.

However, Gbajabiamila absolutely disagreed with the Vice-Chancellor, describing his perception as wrong.

Gbajabiamila who was represented as the Chairman of the occasion by Hon. Ibrahim Isiaka of Ifo/Ewekoro constituency mentioned that the money budgeted for the National Assembly was two per cent of the total budget.

“No one till today has actually sat down to go into research and define the meaning of legislators.

“The money being spent on the national assembly is less than two per cent of the total budget of this country, but nobody has ever looked at what is happening to the remaining 98 per cent. And when you say National Assembly, you are not talking about legislators, who are the lawmakers only. You are also talking about the National Assembly Commission, you are talking about everything, all-encompassing,” he said.

The Speaker regretted that no one had ever sat down to go into research and define what the National Assembly actually means.

He charged Nigerians to change the perception that Nigeria runs the most expensive National Assembly in the world.