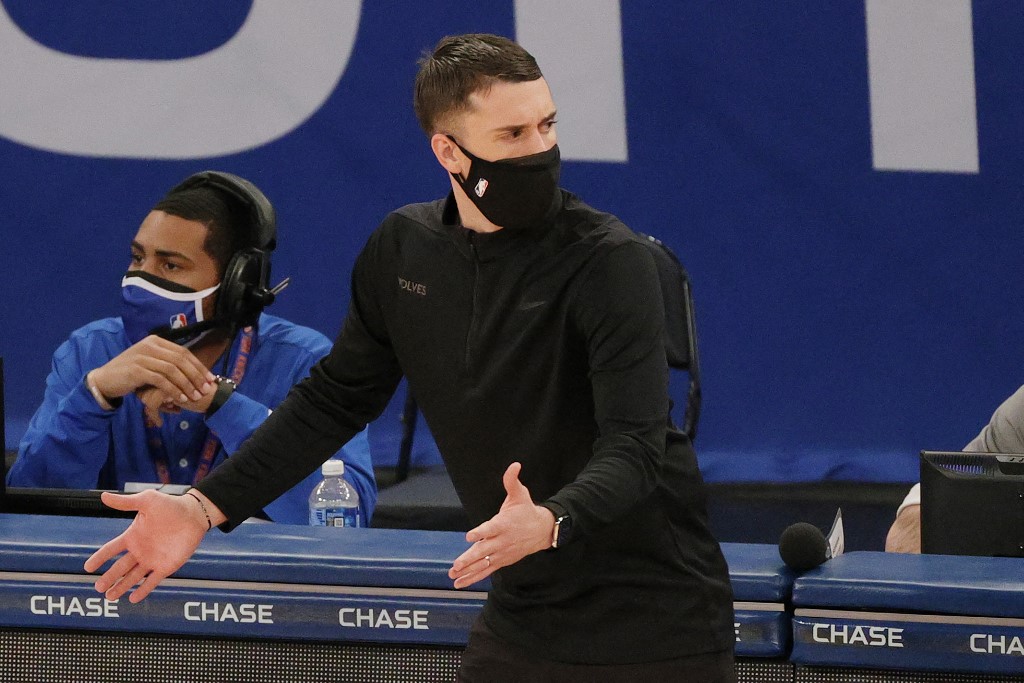 The Minnesota Timberwolves fired head coach Ryan Saunders on Sunday after a disappointing 7-24 start to the NBA season.

“We would like to thank Ryan for his time and commitment to the Timberwolves organization and wish him the best in the future,” Timberwolves president Gersson Rosas said in a statement.

“These are difficult decisions to make, however, this change is in the best interest of the organization’s short and long-term goals.”

Saunders was 43-95 as coach of the Timberwolves in two-plus seasons.

They have won just seven of 31 games and lost eight of their past nine for the worst record in the NBA.

Saunders’ sacking comes after Minnesota lost 103-99 to the New York Knicks on Sunday.

Minnesota has been hit hard by injuries and Covid-19 issues this season, with starting guard D’Angelo Russell out for up to six weeks after undergoing surgery on his left knee.

Karl-Anthony Towns contracted the coronavirus and suffered a wrist injury, resulting in him playing just 11 games so far this season.

Toronto Raptors assistant coach Chris Finch is believed to be the frontrunner for the job to replace Saunders.