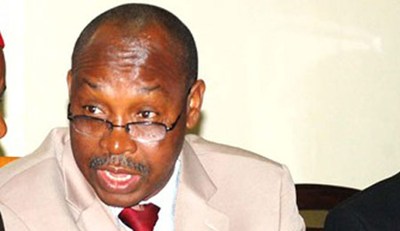 Orji, while briefing the media on the status of EITI implementation in Nigeria during the agency’s mid-year briefing and presentation of its scorecard in the past seven months, explained that the total liabilities of the 77 companies covered by the NEITI process was at the agencies’ 2019 independent audit report of the oil and gas sector.

According to Orji, “the NEITI reports, based on findings in its 2019 audit reports of the oil and gas sector, show that oil and gas companies in the country owe the government about $6.48 billion which equals N2.659 trillion at today’s exchange rate of N410.35/$.

Orji stated that the disclosure is important and timely in view of the government’s current search for revenues to address citizens’ demand for steady power, access to good roads, quality education, fight insurgency and job creation.

Explaining further, he stated that “In 2021, if the money is recovered the 2.659trillion could fund about 46% of Nigeria’s 2021 budget deficit of N5.6Trillion and is even higher than the entire projected oil revenue for 2021. This is why NEITI is set to work with the government to provide relevant information and data to support efforts at recovering this money. The disclosure of this information is in line with NEITI’s mandate to conduct audits, disseminate the findings to the public to enable the citizen’s especially the media and civil society to use the information and data to hold government, companies and even society to account.