HomeNEWSNever again will insurgents take us by surprise – Nigerian Army

Never again will insurgents take us by surprise – Nigerian Army 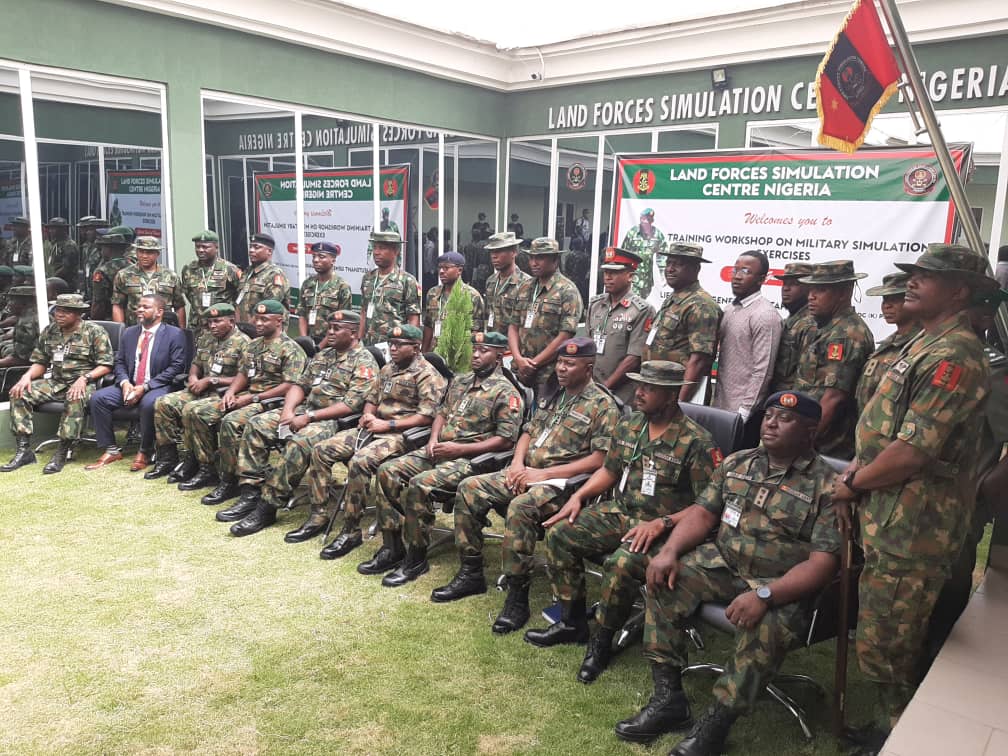 The Era of Insurgents taking the Nigerian military by surprise in the theatres of operation will soon be history as the Nigerian Army begins sophisticated training using the latest warfare software for troops and commanders on how to respond, swiftly react and neutralize enemies in such situation

He made the statement at a training workshop on Military Simulation Exercises in Abuja.

The acting Director-General, Land Forces Simulation Center Nigeria stated that the centre was building the operational capacity of troops through the application of softwares like MASA, SOWRD and VBS4 which are deployed in a simulation training exercise

The Chief of Army Staff, Lieutenant General Ibrahim Attahiru who was Special Guest of Honour and represented by the Chief of Army Transformation and Innovation, Major General Bamidele Shafa, said that the simulation center was initiated because of the urgent need to deploy simulation technologies for capacity building.

He said that the Land Forces Simulation Center was in a strategic partnership with other simulation organizations like MASA group of France and Bohemia interactive simulations USA for technical support.

Shafa, while pledging the Nigerian Army headquarters’ continuous support for the center, said that the headquarters has released needed resources to complete the center’s permanent site.

He later inspected facilities at the centre

I don’t need political experience to be president – Yul Edochie

Never again will insurgents take us by surprise – Nigerian Army