Nigeria may spend over N540bn on COVID-19 vaccines 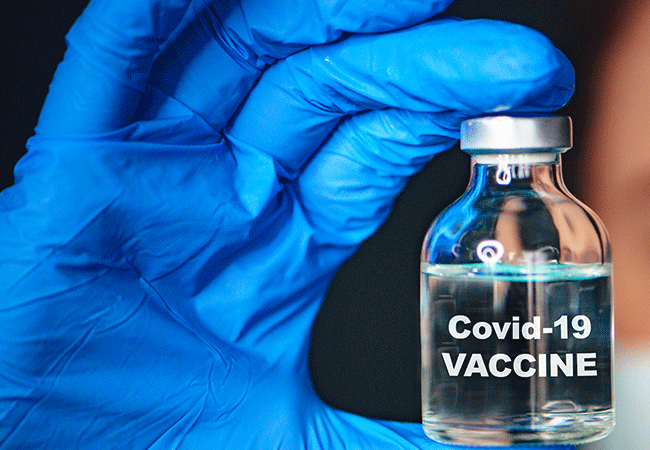 The figure is based on estimates of the World Health Organisation as regards the total amount of funds that Africa would need to pursue a vaccination drive.

According to the WHO, Africa will need at least $9bn (N3.4tn) to procure and distribute 1.4 billion doses of COVID-19 vaccines.

This development comes as Lagos State Governor, Babajide Sanwo-Olu; his Edo State counterpart, Godwin Obaseki; as well as the wife of Osun State Governor, Mrs Kafayat Oyetola, among others, have expressed worry over the second wave of the COVID-19 pandemic, amid rising cases and deaths in the past few weeks.

WHO to partner AU, W’Bank, Afrexim Bank to support Nigeria, others

Meanwhile, the Immunisation and Vaccines Development Programme Coordinator, WHO, Dr Richard Mihigo, has said it will partner institutions such as the African Union, World Bank and others to roll out the COVID-19 vaccination in Africa.

Responding to a question at the WHO Africa online press briefing last week, Mihigo said, “We will definitely need to vaccinate between 60 to 70 per cent of the African population.

“So, if you consider that we have about 1.2 to 1.3 billion people on the African continent and you take 60 per cent of that with the assumption that you will need maybe two doses per population, we are talking about close to 1.3 to 1.4 billion vaccine doses that will be needed to immunise 60 per cent of the people in Africa to reach herd immunity.”

Speaking further, Mihigo explained that it was not just about the cost of the vaccines but the cost of delivering them and ensuring that they got to the right locations.

He added that there were no guarantees that there would be enough supplies before the end of 2021.

The WHO official stated, “So if we compute that number with the preliminary information that we are getting with these vaccine manufacturers because it is not only the cost of the vaccines. There are also additional costs that are needed to deliver those vaccines.

“We know very well that the preliminary rough estimation that is being done, we may need up to $9bn. So, this is a lot of money, a lot of funding that will be needed. First of all, we are not sure that we are going to get enough supply to immunise everybody (in Africa)  by the end of 2021.”

Nigeria, which has an estimated population of 203 million people, is Africa’s most populous country and constitutes 15.6 per cent of the entire population of the continent.

Based on the WHO’s estimates on how much it would cost Africa per head, Nigeria may require about $1.4bn to procure and distribute 218,400,000 doses of COVID-19 for double doses for 60 per cent of its population.

It was, however, learnt that there were ongoing discussions with the African Union to work with other multilateral or development banks like the World Bank and Afrexim Bank to mobilise resources for African countries, including Nigeria.

Reports on Saturday had it that individual countries were buying the vaccines at different prices based on their negotiating power.

Most countries buying from manufacturers were also made to sign confidential agreements that they would not disclose the cost of purchase.

However, Belgium’s Secretary of State for Budget, Eva De Bleeker, in a tweet, revealed the price that the European Union had agreed to pay for the leading COVID-19 vaccines.

According to the UK Guardian, while campaigners for access to medicines were delighted at the transparency, pharmaceutical companies were not. Pfizer complained about a breach of confidentiality.

“These prices are covered by a confidentiality clause in the contract with the European Commission,” said Elisabeth Schraepen, the US drugmaker’s spokeswoman for the Benelux region to the Belgian daily Le Soir.

The price list revealed that the Oxford/AstraZeneca vaccine is the cheapest and Moderna is the most expensive – as was already known. But the details allow countries that may be negotiating with the vaccine manufacturers to take a harder line.

When contacted on the telephone on Saturday, the Minister of State for Health, Dr Olorunnimbe Mamora, said he could not say immediately how much the vaccines would cost.

He, however, said he along with health officials would be meeting with the National Assembly on Monday to discuss finances and other issues.

He urged Nigerians to continue to abide by the COVID-19 protocols like wearing face masks and washing of hands.

Mamora said, “Ideally, we will need to vaccinate 60 per cent of our population and 60 per cent of 200 million people (over 120 million) is large. [The National Population Commission recently said Nigeria’s population was now estimated at 206 million.]

“Also, depending on the type of vaccines we will buy, you then multiply it by the cost, and that excludes the cost of logistics, syringes and other things.

“We have been invited to meet with the National Assembly on Monday and, of course, funding will be a major issue to look at. But I am sure they will want to know what we are doing, our level of preparedness and other issues, but funding will be part of it because, at the end of the day, they will have to appropriate any budget that is brought before them.”

Amid the rising COVID-19 cases and deaths, Sanwo-Olu, Obaseki, and Oyetola asked the citizens to continue to comply with COVID-19 protocols, emphasising that the pandemic was not yet over.

According to the Nigeria Centre for Disease Control, 920 new cases and six deaths were recorded on Saturday, shooting the number of confirmed cases to 77,933. The number of deaths also rose to 1,218 while those who have been discharged were 67,784.

In Africa, the Africa Centres for Disease Control and Prevention also as of Saturday had recorded over 2.4 million COVID-19 cases and 58,313 deaths on the continent. Over two million patients have, however, been discharged.

Globally, Worldometer, a reference website that provides counters and real-time statistics for diverse topics, as of Saturday recorded over 76 million cases worldwide, with over 1.7 million deaths. However, close to 54 million people have been discharged.

Expressing worry over the second wave of the pandemic, Sanwo-Olu, Obaseki and Oyetola have demanded the citizens to comply with protocols like wearing of face masks, regular handwashing with soap and running water, and social distancing.

Sanwo-Olu, in a statement on Saturday titled, ‘We cannot afford to relax the battle against COVID-19,’ said the state government had “sadly” noticed that there was an “unfortunate” public perception that the worst of the COVID-19 pandemic was over.

Warning of a second wave of the pandemic, Sanwo-Olu said the state and the country at large were recording an increase in COVID-19 cases in all local government areas.

Of every 100 tests performed, the governor said an average of 10 turned out to be positive, which was an increase from the five per 100 tests recorded in September, though lower than the peak in August which was between 20 and 30 cases per 100 tests.

“This suggests the existence of an active community transmission, and represents the very likely possibility of the emergence of the second wave in Lagos State,” he said.

“This second wave calls for a full reawakening of caution and precaution. The complacency that crept in over the last few  months as a result of our early interventions when cases started  to decline from our peak in August must now give way to an  abundance of vigilance.”

The governor said despite the second wave, the state could not afford another lockdown of the economy, especially amidst the economic recession.

He, however, issued some directives, including that all public servants from Grade Level 14 and below, except emergency workers and first responders, are to work from home from Monday, December 21 for the next 14 days.

He also placed a ban on large social and religious gatherings and directed the shutdown of all schools indefinitely.

Similarly, the Edo State Government has charged the people to be cautious and observe precautionary measures against the spread of coronavirus amid the second wave of the pandemic.

The Secretary to the State Government, Osarodion Ogie, in a statement on Saturday, said, “It is a known fact that we have not seen the end of the COVID-19 pandemic as the entire country is already seeing an upsurge in the number of confirmed cases.

Ogie assured that the Obaseki-led administration would continue to rev up strategies at containing the pandemic and protecting the lives of the people.

In a similar vein, the wife of Osun State Governor, Mrs Kafayat Oyetola, on Saturday lamented the resurgence of the coronavirus pandemic and advised parents to ensure their wards were protected from contracting the virus.

She said, “We thought we had finally defeated COVID-19, unfortunately, the pandemic is now surging in the country. We must adhere to all safety protocols. Face masks must be worn in public places at all times. Keep social distancing and I believe God will heal our land.”

The Director-General of the National Agency for Food and Drug Administration and Control, Prof Moji Adeyeye, told one of our correspondents on the telephone that Nigeria would be relying on the imported vaccine.