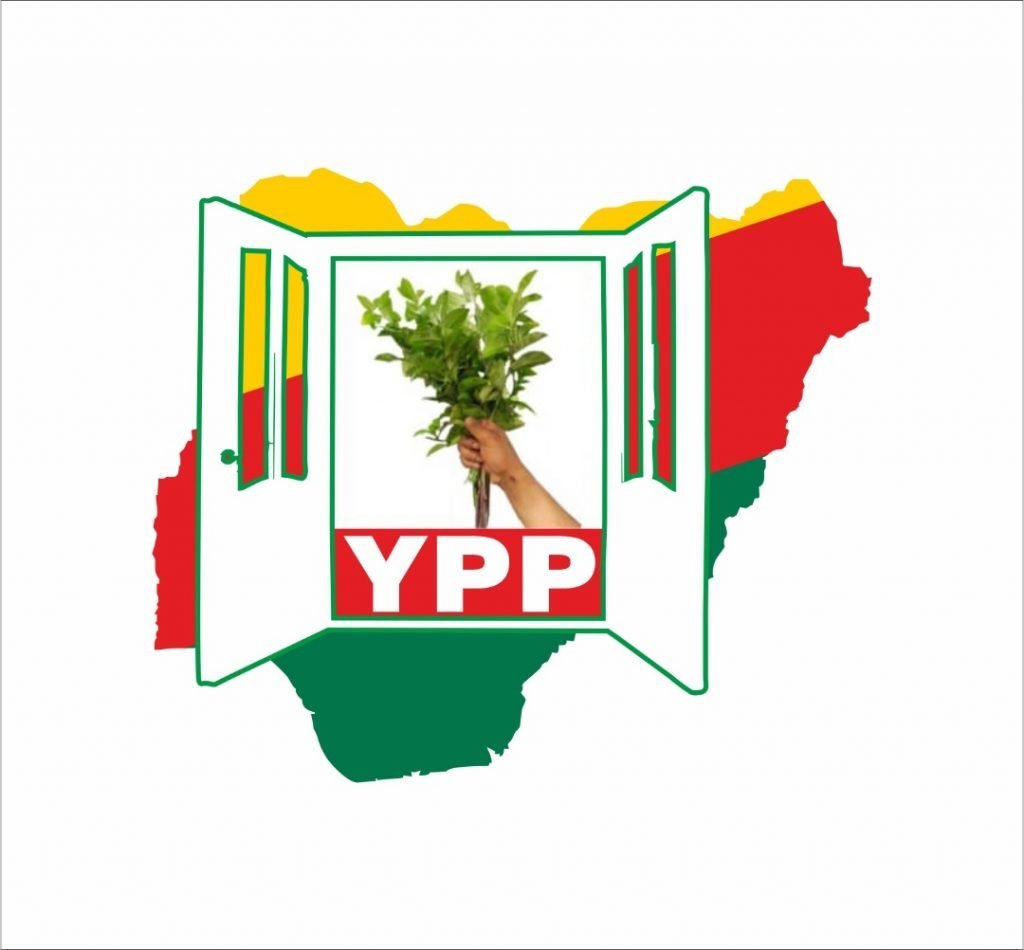 The Young Progressives Party (YPP), has harped on the urgent need for patriotic citizens of Nigeria irrespective of ethnic, religious and political leanings to unite towards rescuing the country from the myriads of challenges confronting it.

The party regretted that in the last 22 years of rule of the former ruling Peoples Democratic Party and the current All Progressive Congress-led federal government under President Muhammadu Buhari, Nigeria remained at a very low ebb in virtually all socio-economic indices.

The party highlighted indices such as insecurity, where the country is being ranked the 3rd most terrorist nation in the world by the Global Terrorism Index and 149th among 183 countries in the corruption index by Transparency International.

It also regretted that Nigeria as of today is ranked 161st among 189 countries in the Human Development Index, saying summarizes the fact that the country has been on a steady downward spiral.

The Young Progressive Party in a statement signed by its National Publicity Secretary, Egbeola Wale Martins on Saturday, maintained that leadership failure has been the nation’s albatross and further insisted that unless the country gets it right, every new year celebration will continue to be a painful period of reminiscing the high rate of insecurity, unemployment and poverty, rather than celebrating socio-economic prosperity driven by transformational leadership.

The party said the statement follows the trials and challenges of the outgone year (2021) in Nigeria and the failure of the government to address the myriads of challenges faced by citizens.

Continuing, the party said, “2022 is a strategic year in our political calendar as it is the penultimate year to the general elections where we will be availed yet another opportunity to elect competent and visionary leaders at all levels.

“It’s a year of preparation, Mobilization, realignment and above all, a period to get involved politically, rise above primordial sentiments such as ethnicity and religion as the events of the past few years have clearly shown that such mentality has done more harm than good”.

The YPP emphasised that it remained the only veritable platform for all citizens of Nigeria tired of the status quo and seeking a radical change in political leadership, claiming Nigeria can never grow beyond the competence and vision of her leaders.

According to the national leadership of the party, “socio-economic redemption will not come through political isolation nor will it come by supporting charlatans responsibility for our past but only through the painful process of political involvement where transformational leaders are identified and supported to win elections”.