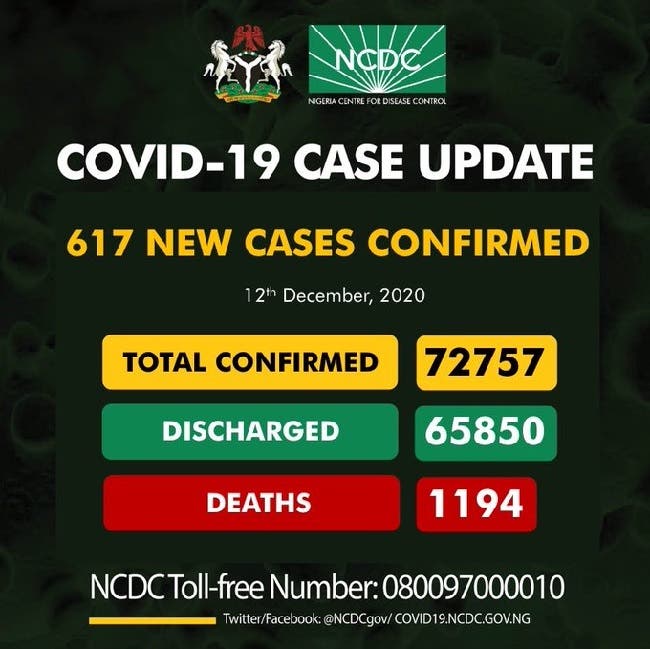 The Nigeria Centre for Disease Control (NCDC) has recorded 617 new COVID-19 infections in the country.

NCDC disclosed this on its verified Twitter handle on Saturday night.

The public health agency noted that with the latest infections, the total confirmed COVID-19 cases in the country now stand at 72,757.

It said that the new cases were reported in 14 states and the Federal Capital Territory (FCT).

The NCDC stated that Lagos and Kaduna states, as well as the FCT, had continued to lead in the number of new infections.

It reported that Lagos State recorded the highest number of new cases with 225 infections, followed by FCT and Kaduna with 181 and 125 respectively.

The health agency also disclosed that 139 patients were discharged after recovering from the infection in isolation centers across the country.