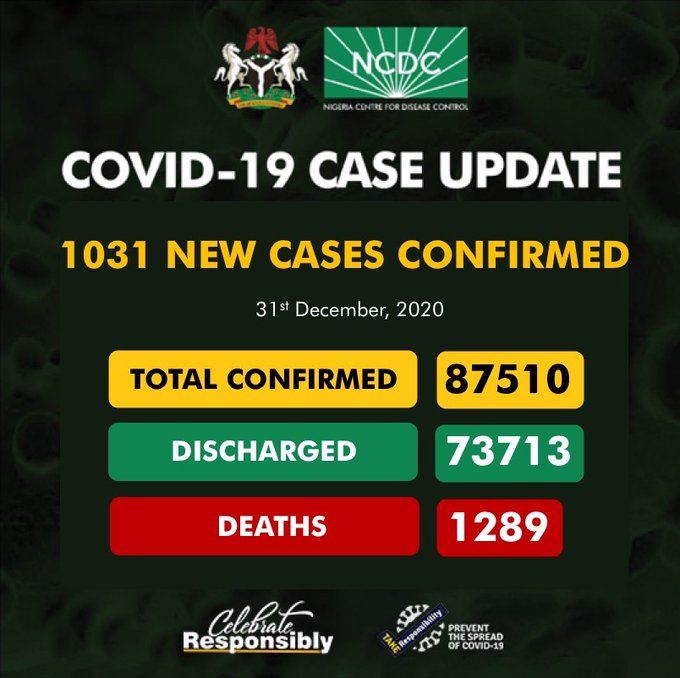 As Nigeria prepared to open the first page of 2021, with a second wave of COVID-19 infections in tow, the number of fresh cases has maintained a high count with over 1,000 positive samples confirmed on December 31.

This is the second consecutive day that the country will confirm 11 deaths and over 1,000 new infections.

The agency confirmed the new cases in 15 states and the federal capital territory (FCT).

Lagos had the highest figure with 570 new positive samples, followed by FCT with 117, and Kaduna with 109.

With the new figure, Nigeria has confirmed over 2,500 positive samples within the past 72 hours — 25 deaths have also been confirmed within the same three-day period.

Meanwhile, out of the 391 recoveries recorded on Thursday, NCDC confirmed that 53 were from Lagos.

The number of current active cases currently stands at 12,640.

Lagos has now exceeded 30,000 confirmed cases and has recorded the most infections in Nigeria, followed by FCT with 11,705, and Kaduna with 5,236.

WHO seeks better surveillance of new virus variants in Africa