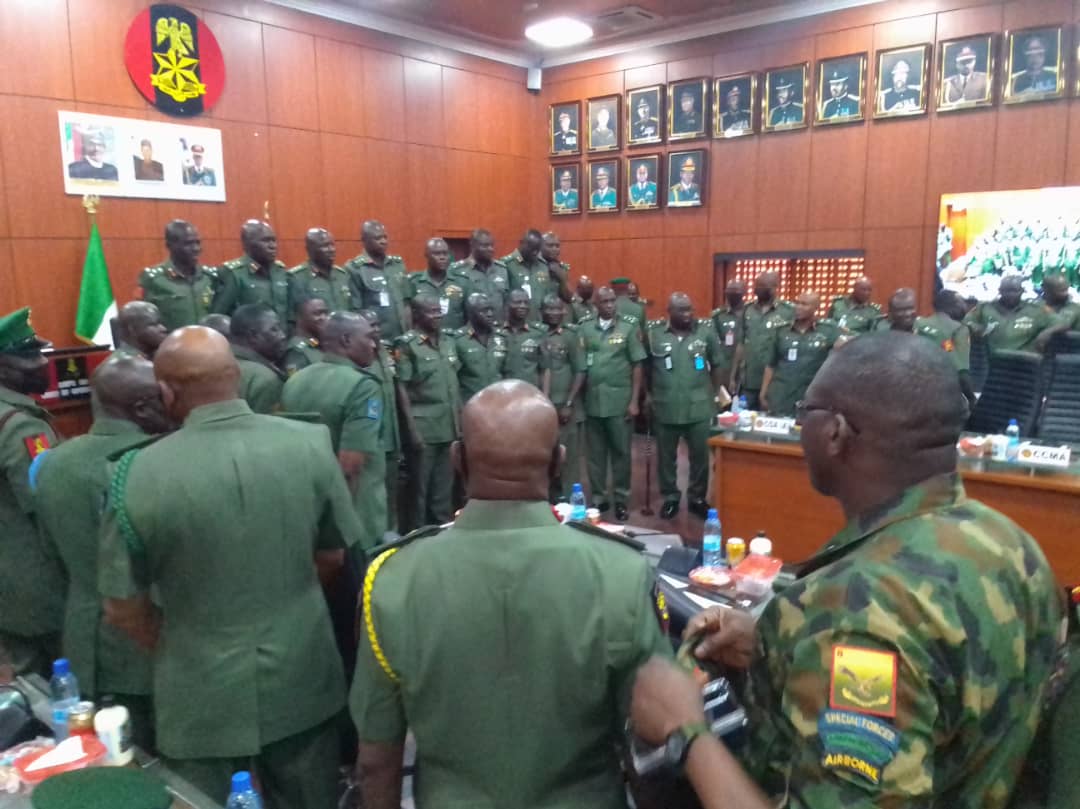 Major General Farouk lamented that the nation and the army are undergoing a trying period especially the ugly circumstance that led to his appointment, assuring that the army will stand with the families of those that lost their life in the ill-fated air-crash.

He acknowledged that the Nigerian army he took over from is plagued with a lot of challenges, but with the combined effort of his officers, inter-agency collaboration, the army under his command will see a new light.

The army boss promised to take the Nigerian Army to enviable height by providing the needed structure, technology, leadership capacity and improve the welfare of its personnel.

Federal Government said it had uncovered fraud in